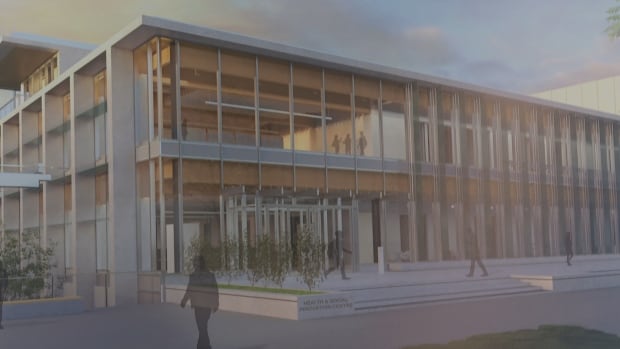 Funding for construction of the new Health and Social Innovation Centre at the University of New Brunswick Saint John was announced Monday at $38 million.

Hauf said a donor campaign has already begun and will ramp up early in the new year.

The project will include the demolition of the vacant Ward Chipman Library, which is where the new building will be located. 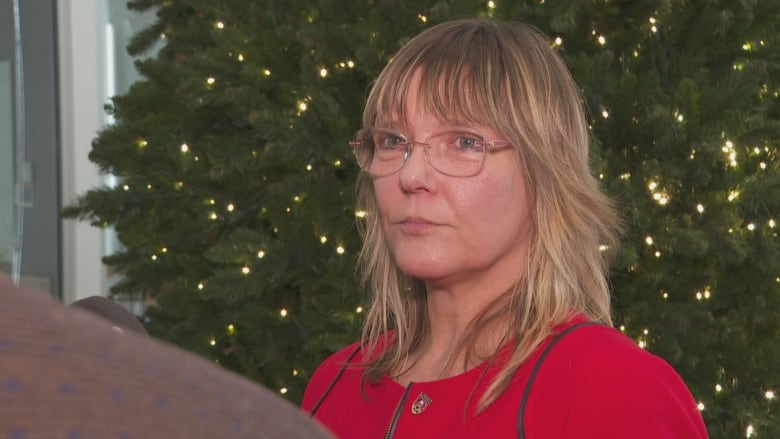 Petra Hauf, vice president UNB Saint John, hopes the new centre will be completed by September 2024, so it can be open for the campus’s 60th anniversary. (Graham Thompson/CBC)

The new centre  will allow the university to begin its Integrated Health Initiative, said Hauf, ” an initiative focusing on health and systemic change within our healthcare system.”

“It’s providing education for a new generation of health care workers, who will be able to think out of the box, be creative, but also be flexible and adaptive for changes that come in the future.”

Hauf said her hope is to have the building ready by September 2024, the 60th anniversary of the campus.

A new generation of health-care workers

The centre will be focused on moving health care forwards, Premiere Blaine Higgs told reporters after the announcement.

“It’s going to be finding ways to do [health care] differently and better, and have a managed healthcare system that really delivers for patients, and one that’s very patient focused,” Higgs said.

WATCH | Health and social innovation centre to open by fall 2024:

The $38 million project includes a 3½-storey building that will house a new interdisciplinary undergraduate program in health.

The university is also working to create graduate programs as part of the Integrated Health Initiative, such as a master’s in health and a master’s in public policy, Hauf said. A concentration on management within health as part of a master’s in business administration is also being prepared.

With the skill sets students will gain at the new centre, they’ll be prepared for many jobs in both health care and government, Hauf said. 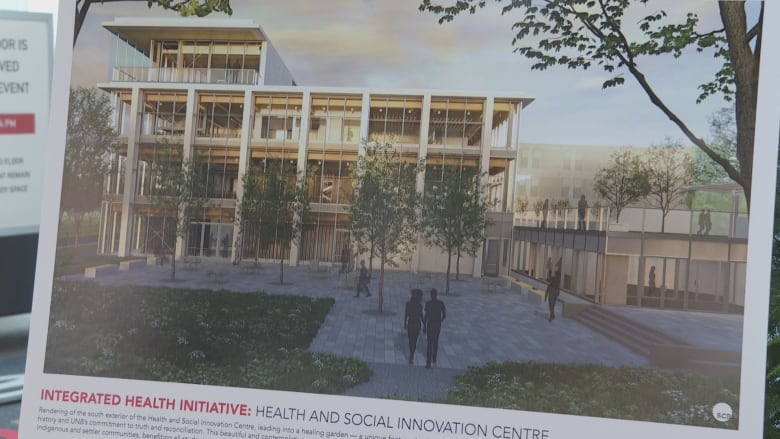 An architectural mock-up of the building. It will feature a gallery of Indigenous art in the main foyer. (Graham Thompson/CBC)

The research needed to innovate will also be undertaken, Hauf said, in areas such as the digital transformation of health care, aging in the community and child health.

Hauf said part of the project is taking meaningful steps toward Truth and Reconciliation. Indigenous knowledge is a key component of the bachelor of health program, she said. 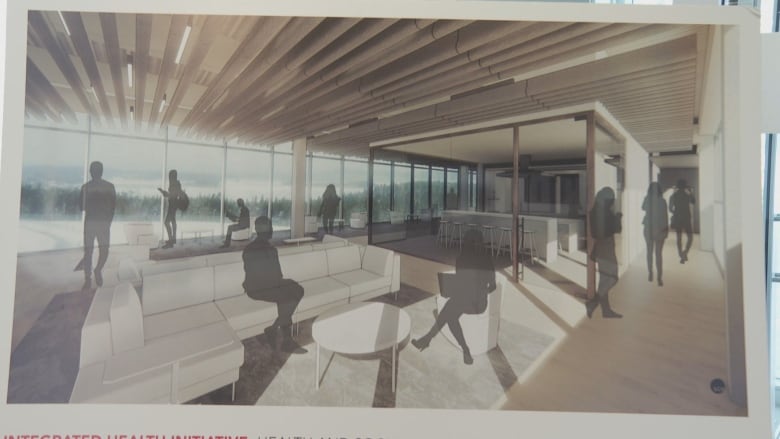 A design showing the potential inside of the centre. It will be home to the university’s new bachelor of health program and other new graduate programs. (Graham Thompson/CBC)

The new building will include a gallery of Indigenous art in the main foyer and there will be an adjacent healing garden, designed with guidance from Indigenous elders and advisors, she said.

The garden’s goal is “to support healing, Truth and Reconciliation between Indigenous and settler communities and to provide new green space on campus for reflection and celebration.”

The building will also be designed to maintain a low carbon footprint and strive to be certified for Leadership in Energy and Environmental Design (LEED), according to the news release.

Where hospitals are spending their innovation dollars