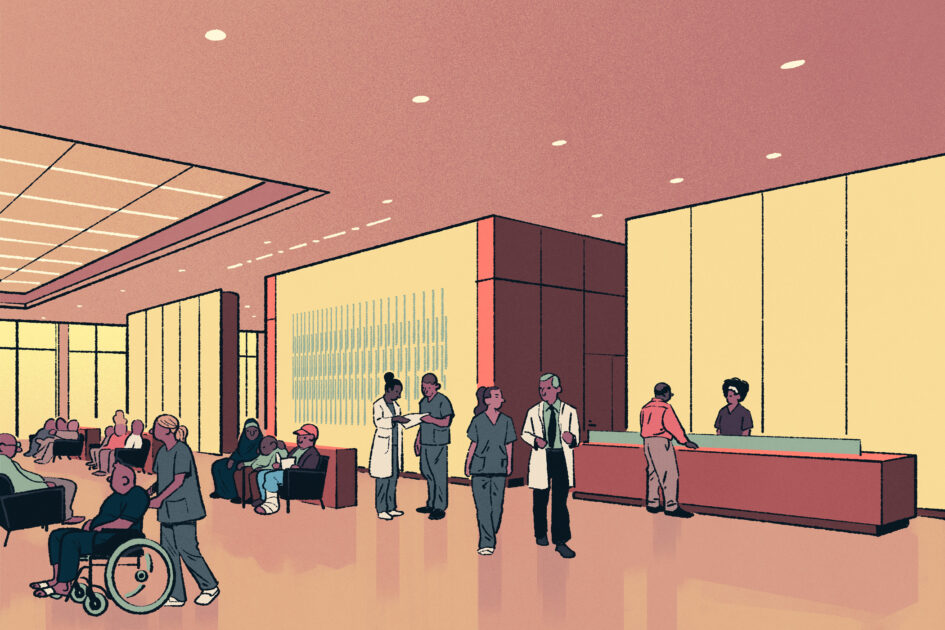 “Back then, healthcare was about eight percent of GDP, and people were saying, ‘That’s too big. It’s not sustainable,’” says David Dranove, a professor of health industry management in the strategy department of the Kellogg School. “Now it is 18 percent of the economy, which is larger than the entire economies of every other nation outside of China, Japan, and Germany.”

Dranove, one of the nation’s leading healthcare economists, has tracked this evolution over the course of a career that includes winning the 2022 Victor R. Fuchs Award from the American Society of Health Economists. His extensive research focus on the roles of competition, mergers, and innovation in the industry has contributed to the ways we understand why healthcare costs so much and how we can improve outcomes for everyone involved.

“With an industry that size, small improvements can to lead to billions of dollars in savings,” Dranove says.

Dranove recently sat down with his colleague Craig Garthwaite, a professor of strategy and director of the Program on Healthcare at Kellogg, for a discussion of the evolution of the field and where they see American healthcare innovation heading in the future.

This conversation has been edited for length and clarity.

GARTHWAITE: How has the way economists think about healthcare changed during the course of your career?

DRANOVE: When I started my career, policymakers turned a deaf ear to health economists. And our classes at Kellogg were boring! We taught students mundane stuff like how to manipulate billing to increase revenue for their hospitals. But innovation has become more and more of a driver of change in the healthcare system, and health economists started to understand that innovation was where many of the most exciting jobs were going to be. Forty years later, we’re teaching students how to find truly creative ways to create value in the healthcare system, and everybody’s listening.

GARTHWAITE: Right. And while we commonly think of pharmaceutical or medical-device innovation, there’s also a lot of business-model innovation that’s happening, and I think that’s where an economist who can think through how firms create and capture value becomes necessary.

What are some of the exciting business model innovations you see now?

DRANOVE: One of the exciting trends I’m seeing, which I am also a little nervous about, is the growth of provider-sponsored health plans, where healthcare providers are forward-integrated into the provision of insurance, either by owning the insurance product or through joint ventures with existing insurance companies like Aetna and Cigna. This helps the medical providers fully internalize the benefits and cost savings in ways that market contracts sometimes aren’t able to do, but also gets them to think more realistically about the prices they’re charging, because now they’re charging those prices to themselves as an insurer.

I get a little nervous about it when you have a really large healthcare provider in the market with its own insurance plan, however, because the provider-sponsored insurance plan could work to exclude competing medical providers.

GARTHWAITE: That trend is also increasing as insurers move into the provider side.

DRANOVE: For example, the largest employer of physicians in the United States is United Health Group, with about 60,000 physicians across specialties. Their goal is to create more coordinated care. There’s currently so much waste in the system—in the handoffs from one physician to another, in the coordination of diagnosis when patients have multiple problems—and their goal is to use their very sophisticated integration information systems through Optum, to work with physicians across specialties to create disease-management care-coordination programs.

GARTHWAITE: And United is not acquiring 100 physicians here, 100 physicians there. They’re acquiring thousands of physicians in places like Las Vegas and trying to roll out a new practice pattern in a large market. They employ doctors, but rather than paying them for services performed, they pay them to practice in a conservative, evidence-based way.

The example I always use is the spine surgeon. Someone shows up with nonspecific lower back pain at their primary care physician. Maybe the evidence-based treatment solution is a combination of physical therapy and weight loss. Patients obviously don’t like that as an answer. The other solution is a referral to a spine surgeon and an MRI. But in many traditional systems, if you get referred to that spine surgeon, the odds of you getting spine surgery go up dramatically because there’s an incentive for the doctor.

DRANOVE: Other insurers have different models. Cigna has what they call a collaborative accountable-care model. Aetna has tried something similar. Cigna embeds its own nurses in the physician practices and works with Cigna data systems to inform the physicians about optimal care patterns.

What’s different now from decades past is the amount of information we have and our ability to process it. What managers have to figure out is how to use information to improve decision-making and shift incentives.

GARTHWAITE: This is where the research David has done into organizational economics and incentives becomes important. It’s not that the company can’t figure out how to have those systems talk to each other. It might be that the chief technology officer of the hospital really doesn’t want other firms to be able to read their electronic medical records.

DRANOVE: We know that one of the potential benefits of healthcare systems is their ability to unify electronic records. If done right—and that is a big if—this can improve information flows and lead to better care. But as Craig suggests, it also makes it harder for folks outside the organization to get information. This means patients will stay referred within the organization, and it puts pressure on independent doctors to join the organization. That becomes one of the motives for being integrated, perhaps at a price that might not be attractive to the doctor.

Unfortunately, it can also lead to the balkanization of the healthcare system. Consider that in any given market, within a particular specialty, there is a best doctor for your medical needs. In today’s balkanized world, that doctor belongs to one healthcare system. If you routinely receive care at another system, you may not be able to see that doctor—or even learn that that doctor exists.

GARTHWAITE: Patients may think the system is broken because they can’t take their record wherever they want. And it might be broken from a societal point of view, but from a business-model point of view, patients are not the customers of these electronic-medical-records companies. The health system is, and the companies are doing what the health system wants them to do.

Healthcare is a really interesting place where you have market failures that exist, and there is a role for government to step in. The question is: What’s the optimal role of regulation and the government in healthcare markets?

DRANOVE: The research that I’m probably best known for is my work on when it is appropriate to enforce antitrust laws to preserve competition in healthcare. This has included documenting the impact of mergers on healthcare costs and, more recently, looking at vertical mergers in the industry.

GARTHWAITE: If you look at the big vertical mergers—United, CVS-Aetna, Humana—all their activities leave hospitals out. It used to be that the hospital was central to merger strategies. Now an organization like United Health Group has 50–60,000 doctors and no inpatient hospital, and no desire to have one.

DRANOVE: Well, the cost of buying Northwestern Medicine would be in the ballpark of $10–20 billion, or maybe even more. And for what benefit? You’ve vertically integrated in one market in the United States.

GARTHWAITE: And if you want to use risk adjustment to pay insurers based on the risk of the patient, you need to know how sick people are. And only the physician can determine that.

DRANOVE: Speaking of physicians: the pandemic has put a great strain on medical providers of all kinds. In a free market, the market will take care of this. If the hospitals need nurses, they’ll hire more nurses, they’ll raise the wages, and they’ll pass those costs onto consumers.

But we don’t have a full free market in healthcare. Licensing requirements and scope-of-practice laws make it difficult to enter the medical profession and offer medical services in novel ways. And prices are highly regulated, with Medicare and Medicaid controlling half the payments to hospitals and doctors. The other half are made by health insurers, which might not be so willing to raise the rates they’re paying the hospitals so that the hospitals can hire nurses. So it’s not obvious that the market’s going to take care of this problem.

GARTHWAITE: One thing we could do is allow a lot more foreign doctors to come to the United States and practice, which could benefit the U.S.—even if admittedly it has consequences for the countries where these physicians are coming from.

DRANOVE: We did that in the 1970s when there was a perceived vast doctor shortage in the United States. We opened the doors to foreign-trained medical graduates. And they didn’t skip a beat. In fact, it got to the point that 10 years later, we thought we had too many doctors. So that’s an easy lever to pull.

You can also change scope of practice. We could allow registered nurses to prescribe certain medications, for example, and allow more folks to do things that they’re trained up to do, but which they are currently not permitted to do.

GARTHWAITE: I see these new business models evolving so that doctors are no longer the only decision-makers. In those models, we are starting to see things like nurse practitioners and physicians’ assistants, and pharmacists, who are very highly trained medical professionals, being given more autonomy.

Doctors want to practice at the top of their license. What that should mean is that they do the things that only an MD can do. But that means that someone else has to be allowed to do the other things. And often what I see is that doctors want to do the highest paid thing, not just the thing that only they can do.

DRANOVE: Some of the reorganization that private-equity firms are doing is a possible way forward. Private-equity firms have been rolling up physician practices. Those are largely in a single specialty, usually primary care. Some fear that this may lead to higher prices by increasing the leverage physicians have when negotiating with insurers. But this may also improve medical-care delivery by taking over from physicians the responsibility for managing practices and allowing physicians to focus on caring for their patients.

GARTHWAITE: Which is exactly how an economist would think about organizing this. I’m excited to see whether this changes the culture of how we provide healthcare. We are in a discipline that helps society think about whether we are getting the right return for the money we spend. The concern with the 18 percent of our economy spent on healthcare is not that we can’t afford it—it’s do we want to pay 18 percent of GDP for what we are getting? 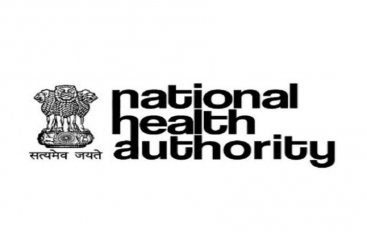 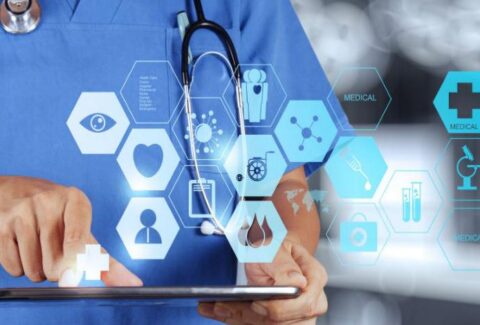 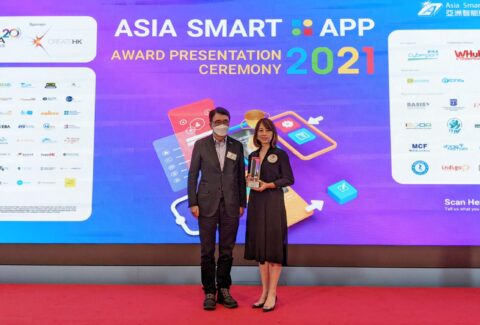 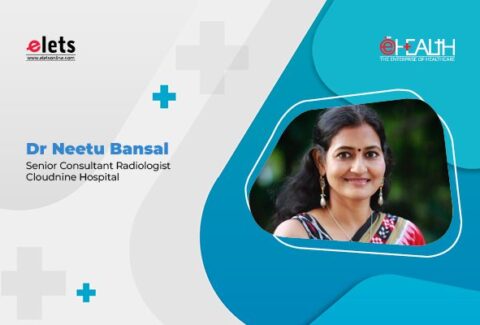 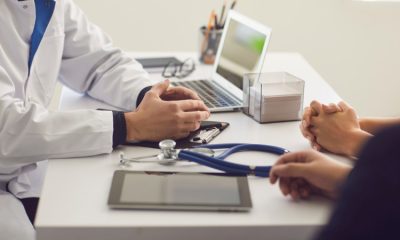 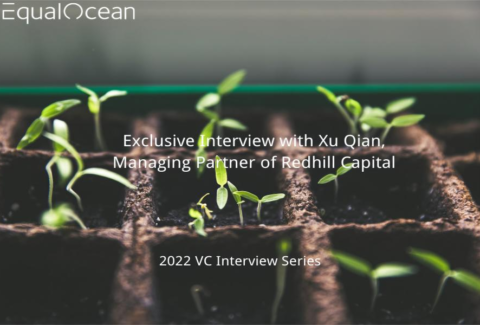 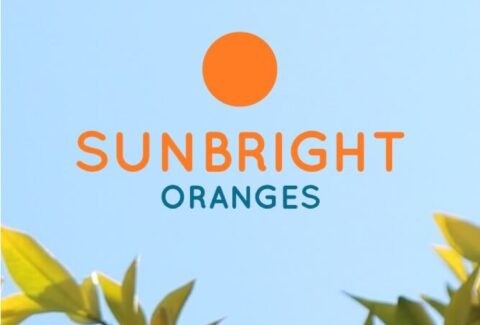