Left ventricular outflow tract velocity time integral (LVOT VTI) is a promising surrogate for stroke volume (SV). However, there is controversy in the literature regarding its correlation with thermodilution or newer cardiac output measurement techniques. This study was conducted to determine the correlation between LVOT VTI determined by transesophageal echocardiography (TEE) with stroke volume index (SVI) calculated by thermodilution.

Consecutive patients older than 17 years undergoing elective cardiac surgery with pulmonary artery catheter (PAC) and TEE monitoring between September 2021 and February 2022 were included in this prospective, descriptive, single-center study. LVOT VTI was measured using TEE after induction of anesthesia but before skin incision and at least four hours after initial LVOT VTI measurement. SVI was simultaneously measured using the continuous thermodilution technique with a PAC. The correlation between LVOT VTI and SVI was determined with Pearson’s correlation index.

Stroke volume (SV) is a basic hemodynamic parameter. Thermodilution using a pulmonary artery catheter (PAC) is a reliable method for monitoring SV. However, the use of PACs does not lead to better outcomes [1]. PACs are invasive; therefore, the routine use of PACs is discouraged [2-4]. In contrast, echocardiography plays an important role in hemodynamic monitoring and is less invasive. The guidelines from the American Society of Echocardiography recommended that the left ventricular outflow tract (LVOT) be used to measure SV [5]. Calculation of SV using echocardiography requires the LVOT velocity time integral (VTI) and the LVOT cross-sectional area (CSA) measured. The CSA is calculated as LVOT anterior-posterior diameter (cm)2 x 0.785, based on the assumption of LVOT CSA being a circular orifice. However, conflicting evidence has been reported concerning the correlation between SV measured by PAC and echocardiography [6-8].

SV measured by echocardiography may be inaccurate due to measurement errors in LVOT CSA. Several factors contribute to the miscalculation of LVOT CSA. First, minor measurement errors in LVOT diameter due to poor acoustic window and technical problems are squared in the process of determining LVOT CSA [9]. Second, the calculation is based on the assumption that the LVOT is a circular orifice [10]. This assumption leads to a 15% underestimation of LVOT CSA because LVOT is an elliptical orifice, not a circular orifice.

Recently, LVOT VTI has been proposed as a surrogate to estimate stroke volume index (SVI) based on the assumption that the LVOT diameter is constant in each person [5]. However, a previous study demonstrated that LVOT VTI measured by transthoracic echocardiography (TTE) and SVI measured using a PAC or a pulse index contour cardiac output (PiCCO) monitor did not correlate well in intensive care unit patients [11]. Transesophageal echocardiography (TEE) is the more precise method to calculate cardiac output (CO) [6]. TEE provides more accurate images compared to TTE, and VTI measurement with TEE may be more accurate. The aim of this study was to evaluate the correlation between LVOT VTI measured by TEE and SVI measured using a PAC in patients undergoing cardiac surgery.

This prospective, descriptive study received ethics approval from the institutional investigational committee at the principal investigator’s hospital (Approval Number: 703). Informed consent was obtained from all patients or their relatives. The study was carried out in Kariya Toyota General Hospital, Kariya, Japan.

From September 2021 to February 2022, consecutive patients older than 17 years undergoing elective cardiac surgery with PAC and TEE monitoring were enrolled in the study. The exclusion criteria were: more than mild aortic regurgitation (AR); more than moderate tricuspid regurgitation (TR); subaortic obstruction; inability to advance TEE into the stomach; atrial fibrillation (AF); use of intra-aortic balloon pump; use of veno-arterial extracorporeal membrane oxygenation; and declined informed consent.

Anesthetic management was performed at the discretion of the attending anesthesiologist. After induction of general anesthesia and tracheal intubation, the TEE probe (Epiq 7; Koninklijke Philips N.V., Amsterdam, Netherlands) was inserted. The absence of significant AR, TR, and AF and a heart rate (HR) between 40 and 180 beats per minute were confirmed. Then, LVOT VTI was measured by a single anesthesiologist, who was blinded to the PAC results.

Measurements of LVOT VTI were performed after induction of anesthesia but before skin incision and at least four hours after initial LVOT VTI measurement. LVOT VTI was not measured during cardiopulmonary bypass. Patients were included in the study when the exclusion criteria were no longer present due to surgery (e.g., a patient with severe AR was included after aortic valve repair when the original disease was treated.). LVOT VTI was recorded from the TEE deep transgastric long-axis view or the transgastric basal long-axis view if the Doppler beam flow angle was less than 20 degrees. The sample volume was positioned 5-10 mm away from the aortic valve annulus. The outer edge traces of LVOT VTI were measured. Three consecutive samples were gathered and the results were averaged. Measurements were conducted under stable hemodynamic and cardiac rhythm conditions. If HR changed more than 20%, then measurements were terminated and only resumed after HR was stable.

SVI was determined using a PAC for continuous pulmonary artery thermodilution. The PAC was equipped with a thermal filament to heat the blood in the right ventricle and changes in blood temperature were detected. SVI was continuously calculated, based on blood temperature changes. SVI was measured after completing the LVOT VTI measurements. The measurement of LVOT VTI took about one minute. SVI measurements using a PAC averaged about one to three minutes; thus, the measurement time gap was approximately one to two minutes. In addition to LVOT VTI and SVI measurements, we recorded sex, age, height, body weight, base ejection fraction, and the type of surgery.

Quantitative variables are expressed as mean ± standard deviation or median and interquartile range. The Pearson correlation index, concordance, and the intraclass correlation coefficient (ICC) were used to assess the correlation between SVI and LVOT VTI. All statistical analyses were performed with EZR (Easy R) (Saitama Medical Center, Jichi Medical University, Saitama, Japan), which is a modified version of R commander [12].

From September 1, 2021 to February 25, 2022, 18 patients were screened for inclusion in the study. Six patients were excluded from the study, leaving 12 patients. Reasons for exclusion included the inability to place the PAC (2) and more than moderate AR (2) or AF (2). Finally, 21 paired measurements were compared.

In this prospective trial, we demonstrated a weak correlation between LVOT VTI determined via TEE and SVI measured using a PAC. The study patients underwent general cardiac surgery, and the type of surgery varied. Intra-rater reliability was high, based on the ICC.

There are several factors affecting our results. The subjects in our study were undergoing cardiac surgery. Several studies have demonstrated the usefulness of LVOT VTI as a surrogate marker for CO because LVOT CSA correlates with physical characteristics, such as height and body surface area [13]. However, these studies were conducted on healthy individuals and the results may not apply to patients with cardiac diseases. The structure and motion of the heart in patients with cardiac disease are not normal [14]. Surgical intervention around the mitral or aortic valve might also affect the size of the LVOT CSA. A recent study showed that mitral valve surgery reduces the LVOT CSA, and the smaller the size of the implanted device, the more reduction in LVOT CSA [15]. Therefore, LVOT CSA should be considered in patients undergoing cardiac surgery when calculating SVI, and LVOT VTI alone may not estimate SVI. The planimetry of CSA may be better for calculating CSA than using an LVOT diameter in the mid-esophageal long-axis view because LVOT is not circular but elliptical [16]. Although the 3D image is a promising option, 2D planimetry correlated better with the PAC than 3D images [17].

Anatomical heterogeneity in patients undergoing cardiac surgeries may have influenced our study because maintaining the echo beam flow angle close to 0 degrees was relatively difficult. In TEE, the deep transgastric long-axis view or the transgastric basal long-axis view is recommended for obtaining the appropriate LVOT. In some cases, we managed to obtain a proper view to measure the LVOT VTI, even with the view described above. Some of the views may have been insufficient. Therefore, we cannot rule out the chances of underestimating LVOT VTI because of technical problems. However, we occasionally encounter a population in which we cannot obtain the proper view. Therefore, we thought by including such a population, we could adapt our study to more realistic clinical situations.

Most studies used intermittent measurements, probably to perform the thermodilution and echocardiography simultaneously. Continuous pulmonary artery thermodilution averages SVI over one to three minutes. However, when hemodynamic instability occurs, more time is needed to calculate SVI (usually more than six minutes). Although we conducted SVI measurements under hemodynamically stable conditions, we did not determine the length of time to calculate SVI, which determines the time gap between each method. Therefore, the three LVOT VTI measurements may not show the average SVI during PAC measurements.

There was a limitation to this study. This study might be underpowered to detect outcomes due to the small sample size. The expected sample size could not be obtained due to coronavirus disease 2019 (COVID-19). Considering the low correlation, we estimated that showing a strong correlation would be difficult, even if more patients were included.

Based on the results of this study, LVOT VTI measured by TEE cannot replace SVI. Thus, estimating accurate CO with echocardiography might be difficult at this point. However, as the LVOT CSA is constant in each person, any change in the SV might be the result of a change in LVOT VTI. Therefore, tracking the rate of change in LVOT VTI allows evaluation of response to fluid challenge, vasopressor therapy, and inotropic therapy [9]. In this respect, LVOT VTI may be useful.

Our study demonstrated a weak correlation between LVOT VTI measured by TEE and SVI calculated using a PAC in a small sample of patients undergoing cardiac surgery. While serial measurements of LVOT VTI are useful in practice for assessing the changes in SV with treatments, one point measurement of LVOT VTI is unlikely to accurately correlate with SVI. 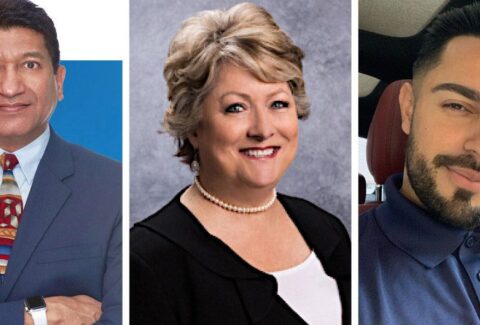 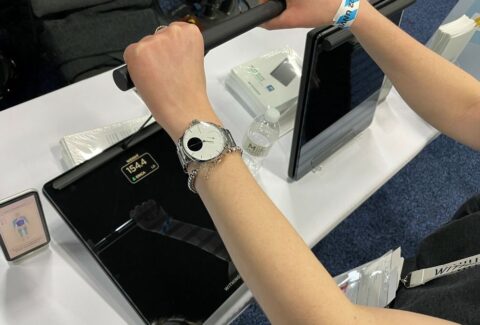 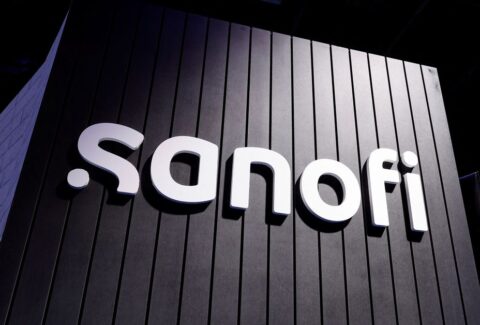 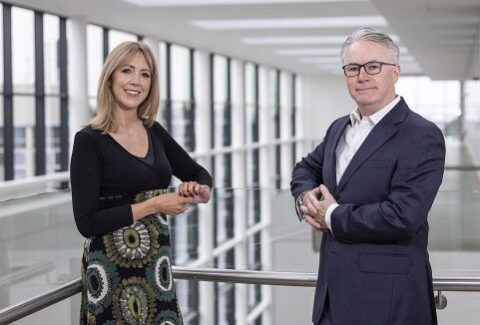 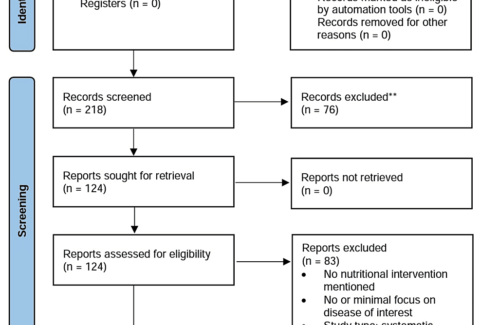 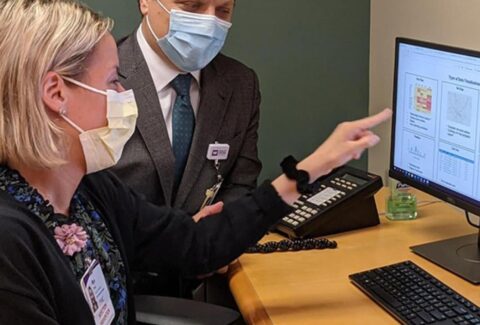 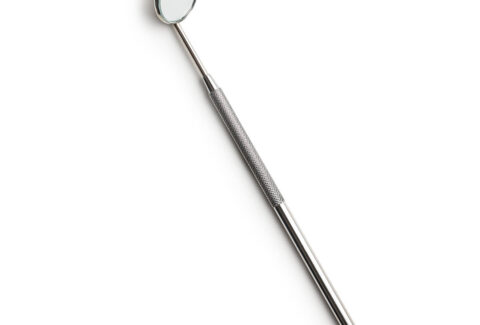 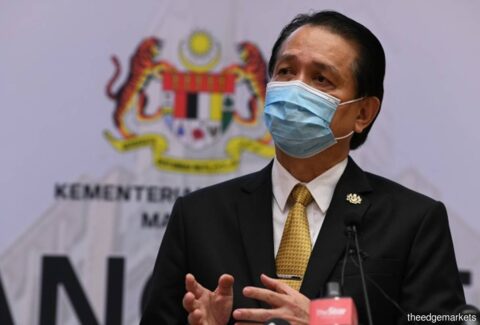