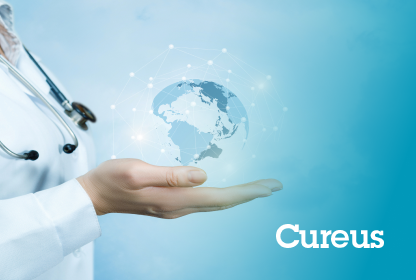 Background: Psoriatic arthritis (PsA) has a detrimental influence on the quality of life (QoL). The goal of this study was to evaluate the QoL of patients with PsA and its determinants at the King Abdulaziz University Hospital in Jeddah, Saudi Arabia.

Methods: A cross-sectional study was conducted on 60 PsA patients. A questionnaire was used to collect data about their demographics. Assessment of health-related quality of life (HRQOL) was done by the Medical Outcomes Study 36-Item Short-Form Health Survey (SF-36). The Functional Assessment of Chronic Illness Therapy (FACIT)-Fatigue and the FACIT-General (FACIT-G) scales were used to assess fatigue. The Bath Ankylosing Spondylitis Disease Activity Index (BASDAI) was used to assess disease activity.

Conclusion: PsA has a significant detrimental influence on QoL, with a link between QoL and disease activity and fatigue. A greater understanding of QoL issues will help improve the quality of care.

In a study conducted in 2019, the economic burden of PsA was confirmed among UK citizens using 101 patients. The functional status was highly correlated to the direct healthcare cost in this study [5]. Another study conducted in 2017 described how the psychosocial burden affects patients with PsA. Patients suffered from various disorders such as sleep, behavior, stress, and depression [6]. PsA has a great influence on the quality of life (QoL) and it increases the rate of death and morbidity [2].

Patients and society bear a significant economic and QoL burden as a result of PsA. Clinical aspects of PsA, such as concomitant illnesses and disease activity, all lead to a lower physical and psychosocial QoL. The clinical burden of PsA relates to direct medical costs associated with the use of healthcare services [1].

This study aimed to assess the QoL of patients with PsA and its demographic and clinical determinants among patients attending King Abdulaziz University Hospital (KAUH), Jeddah, Saudi Arabia.

This cross-sectional study was conducted at KAUH, Jeddah, Saudi Arabia from January to March 2022.

A pre-designed questionnaire was used for data collection that included five sections. The first section included demographic characteristics and smoking status. The second section included an assessment of the health-related quality of life (HRQOL) [7], which is a widely used tool for assessing HRQOL in patients with various rheumatic conditions [8,9].

The third section included the Functional Assessment of Chronic Illness Therapy (FACIT)-Fatigue (FACIT-F) scale. The FACIT-F questionnaire includes 13 items, which are measured on a four-point Likert scale. Thus, the total score ranges from 0 to 52. High scores represent less fatigue. The FACIT-F scale has been previously validated [10,11].

The fourth section included the FACIT-General (FACIT-G) scale (now in version 4). It is a 27-item compilation of general questions divided into four primary QoL domains: physical well-being (PWB), social/family well-being (SWB), emotional well-being (EWB), and functional well-being (FWB). A high score is considered good on FACIT scales. Higher scores on the scales and subscales indicate better QoL. To achieve this, we reverse response scores on negatively phrased questions and then sum item responses. In cases where individual questions are skipped, scores are prorated using the average of the other answers on the scale. The total FACIT-G score is obtained by summing individual subscale scores (PWB + EWB + SWB + FWB). Total scores for the disease, treatment, and condition-specific subscales are obtained by summing all subscale scores (PWB + EWB + SWB + FWB + additional concerns subscale).

The fifth section included the Bath Ankylosing Spondylitis Disease Activity Index (BASDAI) disease activity questionnaire. The BASDAI is an index validated for applying in PsA and contains six questions regarding subjective symptoms during the week prior to answering the questions. Each question is scored on a scale of 0-10. Aside from the last question, 0 indicates none, and 10 indicates very severe. For the last question, 0 is zero hours, 5 is one hour, and 10 is two or more hours. To calculate the BASDAI score, the formula is as follows: BASDAI = ((Q1 + Q2 + Q3 + Q4) + ((Q5 + Q6)/2))/5. The sum score ranges from 0 to 10, and higher values indicate a more active disease [12].

Data were analyzed statistically using SPSS version 26 (IBM Corp., Armonk, NY). To test the relationship between variables, qualitative data were expressed as numbers and percentages. Quantitative data were expressed as mean and standard deviation (mean ± SD). To assess the relationship for quantitative variables, the Mann-Whitney U test, Kruskal-Wallis test, independent sample t-test, and one-way ANOVA were used according to the data normality. Correlation analysis was performed using the Pearson’s and Spearman’s tests according to the data normality. A p-value of less than 0.05 was considered statistically significant.

Table 1: Distribution of study participants according to their demographic characteristics and smoking status (n = 60)

Tables 4–6 illustrated that a non-significant relationship was found between the HRQOL, FACIT-F, FACIT, and BASDAI mean scores and all patients’ demographic characteristics and smoking status (p ≥ 0.05).

The relationship between the mean score of the BASDAI and the demographics of the participants is shown in Table 7. The correlation with gender, nationality, marital status, monthly family income, and smoking status was not significant, and the p-value was ˃ 0.05.

PsA is inflammatory arthritis associated with psoriasis [13]. Psoriasis can result in negative impacts on the affected individuals, such as reduced productivity, embarrassment, stress, and lower self-esteem [14]. A previous study from Turkey showed that PsA affected the QoL of patients compared to psoriasis [13]. Psychological and physical disability associated with PsA places a substantial burden on patients because of its diverse clinical spectrum [3].

We investigated the HRQOL, FACIT, and disease activity. The mean score of HRQOL, FACIT-F, FACIT, and BASDAI showed low HRQOL, more fatigue experienced by patients, low QoL, and less active disease. This indicates that although the disease was less active among patients, it negatively affected their HRQOL, fatigue, and QoL [15].

In Lebanon, one study found that 6.4% of PsA patients had a functional disability, and 26% required treatment [15]. In our study, we estimated the mean score of fatigue and not the proportion.

Carneiro et al. conducted a study on PsA patients, and they showed better findings compared to ours, where the mean scores of BASDAI and FACIT-F were 3.59 and 38.3, respectively. The authors demonstrated that fatigue was moderate to intense among less than 25% of patients [4], which was better compared to our findings.

A previous study showed a significant association between all the domains of SF-36 and FACIT-F [4]. This correlation was not found in the present study, but a negative correlation was found between the SF-36 and the FACIT scale.

A previous study revealed that the QoL among PsA patients was changed due to the physical and psychological impact of the disease [16]. Another study was done to assess inflammatory rheumatic diseases, including PsA [17]. The study showed that all the health concepts of SF-36 were affected by all the investigated rheumatic diseases, including PsA, with physical functioning being the most affected domain due to limitations in functioning [17].

It was stated that 40% of PsA patients experience more comorbidities, including obesity [3]. In our study, we found that BMI is a predictor of the scores of disease activity and HRQOL, as higher BMI was associated with worse HRQOL and higher disease activity. From this perspective, we can conclude that obesity increases the burden of PsA among patients. In our study, age and BMI were determinants for HRQOL and disease activity. A result that agrees with previous studies [19].

The negative correlation between the mean HRQOL scores and age in the present study was revealed from previous research studies. It was found that young adulthood has been postulated as a critical and sensitive period, in which psoriasis may even have a greater impact on QoL and ultimately on patients’ life course than in older age groups [20,21]. Also, HRQOL, FACIT, FACIT-F, and disease severity affected each other to different degrees as proved by previous studies [20,21], as changes in fatigue were shown to reflect changes in clinical disease activity in PsA. In addition, among PsA patients, the sense of tiredness, loss of energy, and exhaustion not only decreased QoL but also affected academic or work performance, daily activity, exercise level, and social interaction [22].

There was a lack in the number of studies conducted on this subject around the world, and there was no previous Saudi study that assessed this topic before. Moreover, there was no previous study that reported the determinants of QoL, fatigue, and disease activity. These factors clarify the strength of this study. A limitation of the present study was that information about other inﬂammatory conditions and metabolic parameters like diabetes mellitus, hypertension, chronic kidney disease, coronary artery disease, congestive cardiac failure, and cardiovascular accident was not collected, which could inﬂuence the QoL scoring.

The HRQOL of studied PsA patients had a significant negative correlation with both the FACIT and BASDAI scores, indicating a link between QoL and disease activity and fatigue. The scores of FACIT-G, BASDAI, and FACIT had strong positive correlation with age and BMI. There is a need for assessment of QoL, disease activity, and fatigue in PsA patients for better understanding and intervention to improve the quality of care.

5 Women Execs Who Lead With Passion 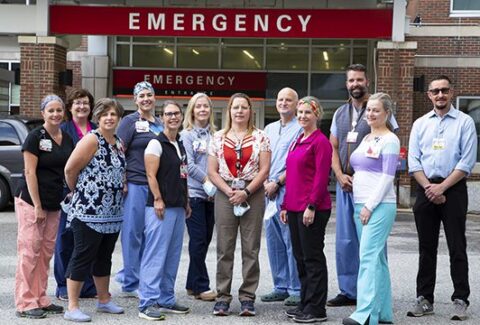 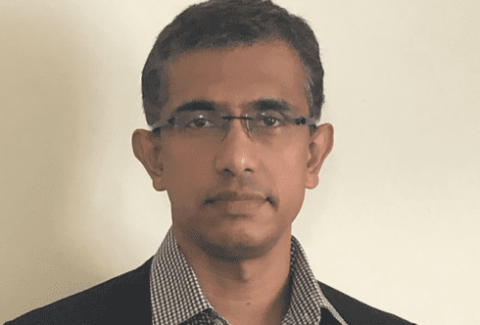 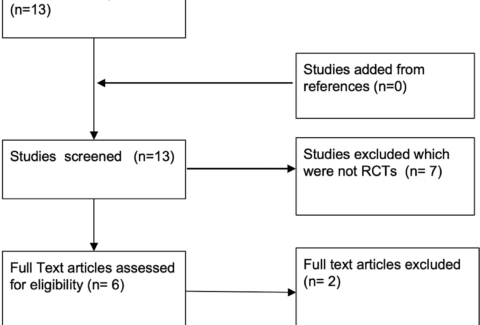 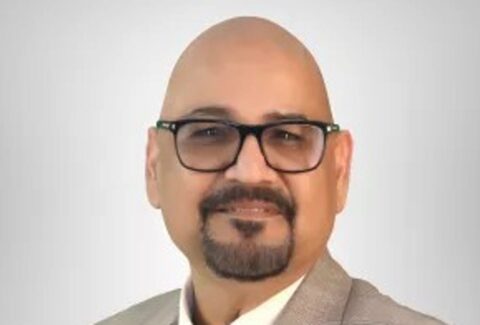