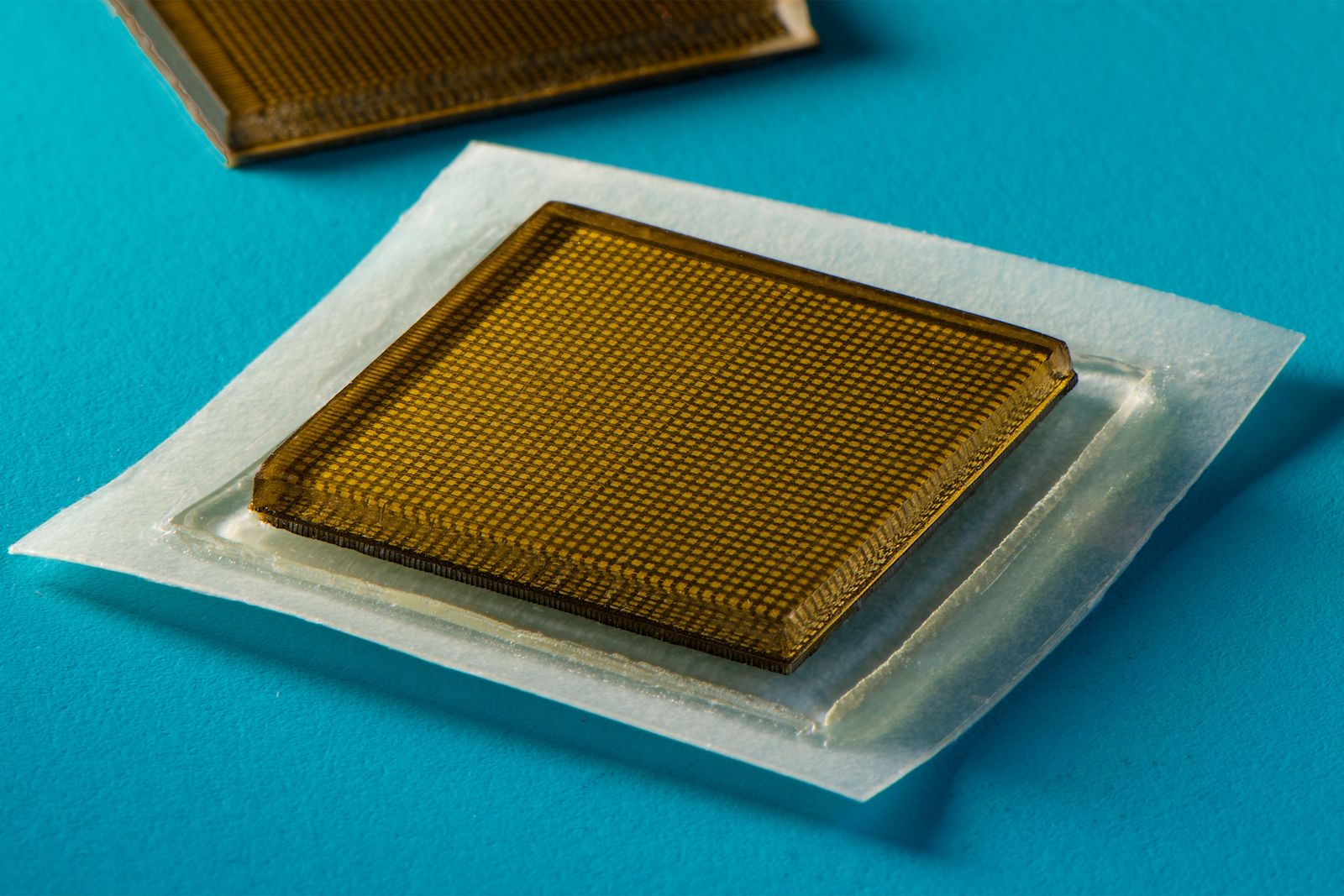 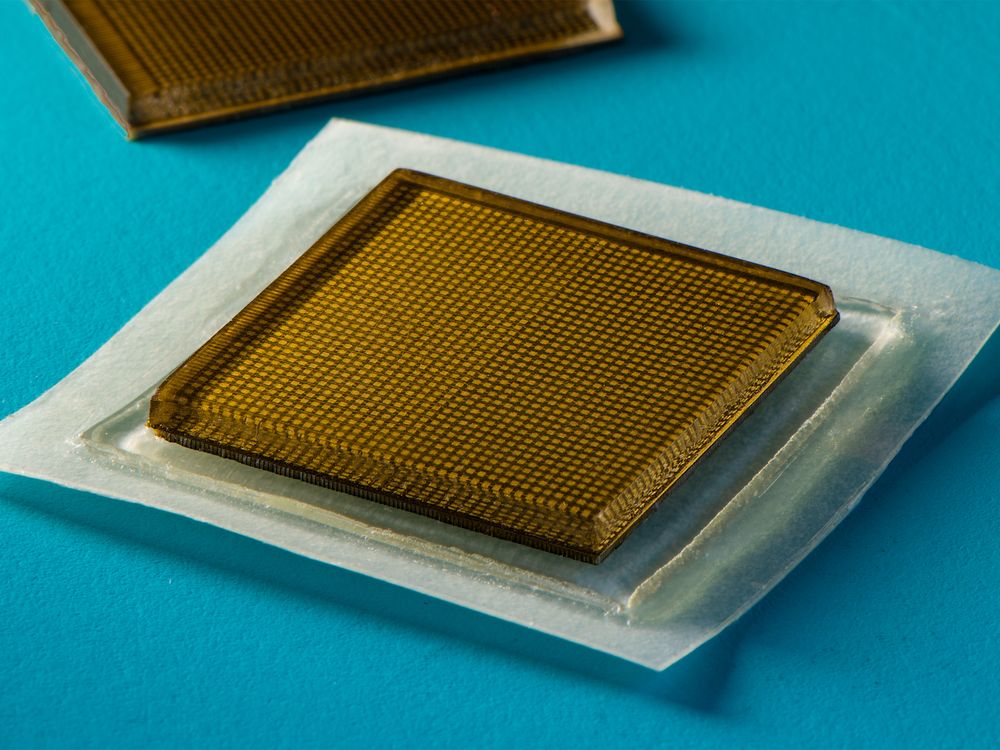 Ultrasound is a convenient, noninvasive tool for doctors to look inside the human body and check out a person’s liver, heart and other internal structures, as well as the developing fetus of a pregnant patient. But today’s ultrasound imaging technology is large and technical, so it’s only available in healthcare facilities and must be operated by highly trained technicians. Plus, patients, who take time out of their schedules to go to an appointment, have to be covered in a sticky gel.

Now, researchers say they’ve developed an innovative solution to some of these challenges. Engineers at the Massachusetts Institute of Technology have unveiled a new adhesive ultrasound patch that’s about the size of a postage stamp and can provide continuous imaging of the body’s inner workings for up to 48 hours. The scientists shared their new technology in a paper published last week in the journal Science.

“We believe we’ve opened a new era of wearable imaging,” says Xuanhe Zhao, a mechanical engineer at MIT and one of the study’s authors, in a statement. “With a few patches on your body, you could see your internal organs.”

In the past, engineers developing wearable ultrasound technologies have run into issues with image quality and flexibility, but the new MIT stickers seem to have struck the right balance. To create the small devices, which are about three millimeters thick and two square centimeters in size, engineers combined rigid transducers with a stretchy, sticky layer that encapsulates a layer of water-based hydrogel.

The researchers put the stickers to the test by placing them on various body parts of healthy volunteers, including their neck, abdomen, arms and chest. Then, they asked the volunteers to move their bodies in various ways, including drinking juice, jogging, lifting weights, biking, sitting and standing.

Not only did the stickers adhere to the volunteers’ skin, but they also produced clear images of their internal organs and major blood vessels for up to 48 hours. The patches allowed the researchers to watch volunteers’ stomachs expand, then shrink, when they drank juice. They could observe major blood vessels changing sizes when a volunteer was sitting versus standing, and witness the heart change shape while pumping blood during exercise.

For now, the stickers must be connected to instruments to make sense of the data they’ve gathered. But in the near future, the scientists hope to refine their design so that the stickers can operate wirelessly, communicating with a patient’s smart phone for real-time, on-demand imaging. 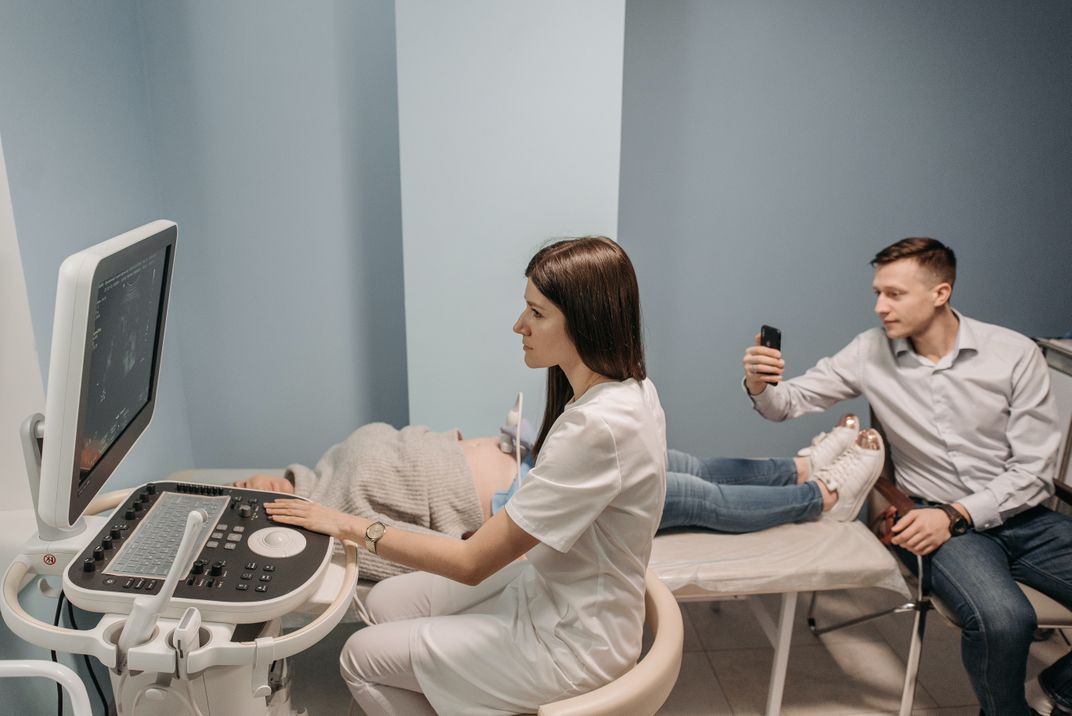 Today’s ultrasounds can be cumbersome for patients and medical technicians. Pexels

Already, researchers are dreaming up all the ways the stickers could be useful. Patients could wear them at home to help monitor an array of medical conditions, including cardiovascular disease and cancer. In hospitals, they could free up medical technicians for other tasks or make it possible to obtain ultrasound images in healthcare facilities with staffing issues.

“You don’t need a trained sonographer and you don’t need a huge ultrasound machine,” says Philip Tan, an electrical engineer at the University of Texas at Austin, to New Scientist’s Jeremy Hsu. “You could deploy it to very low-resource communities.” Engineering Health Innovation for Good Medicine Scientific Innovation Scientists