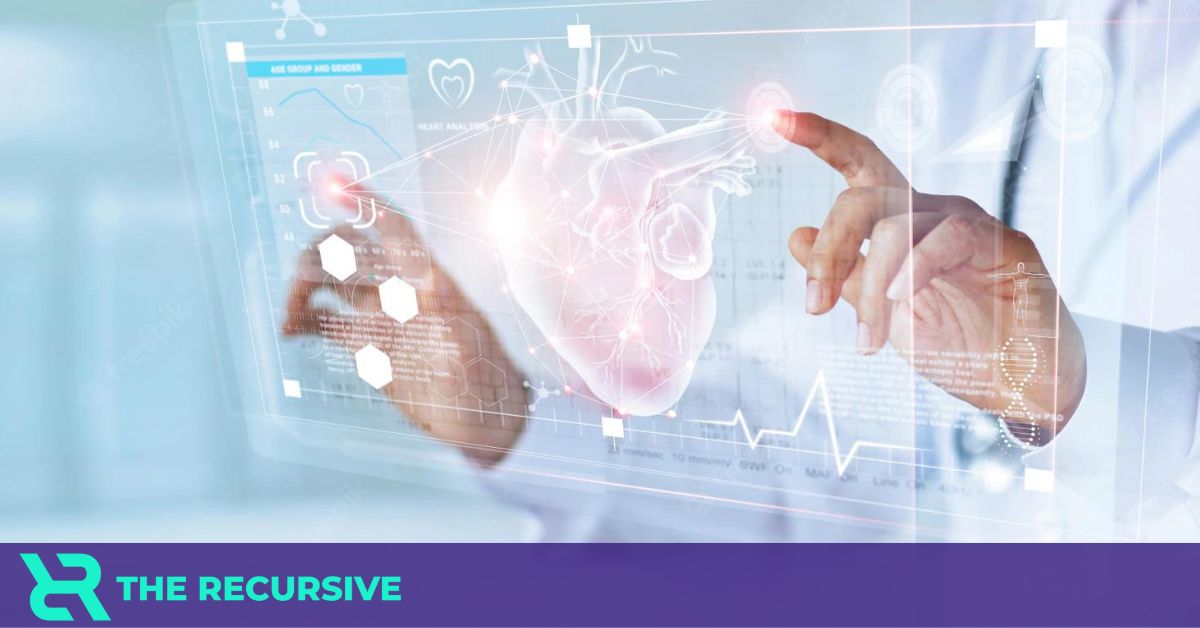 Countries in Southeast Europe have become a home to some of the most innovative medtech startups in the industry during recent years. The region has a lot of talented people determined to make a change in their country, and with most of them studying medicine and engineering abroad, now they are using their skills and knowledge to make a breakthrough in the healthcare industry.

While for many startups it hasn’t been easy to find funding or international partners, innovators from the region haven’t given up, starting to build their own companies and products and aspiring to improve healthcare in the region and beyond.

From inventing wearable and monitoring devices to digital health platforms and the application of Conversational AI in healthcare, The Recursive takes a look at some of the most exciting innovators in the healthcare industry from countries across Southeast Europe. 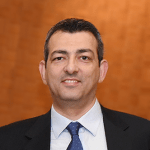 What his company does: Moschos is the founder of Greek medtech startup PD Neurotechnology, which develops medical devices and solutions for continuous monitoring and treatment of movement disorders such as Parkinson’s disease.

The Greek startup provides patients with Parkinson’s disease and other movement disorders with medical wearables and advanced AI software for monitoring and treatment, which can be applied at home or in non-clinical settings.

Career Journey: As an electrical and computer engineer with MBA from the Massachusetts Institute of Technology Sloan School of Management, Moschos is a former chief business development officer in the Athens Medical Group, one of the biggest healthcare providers in Southeast Europe. 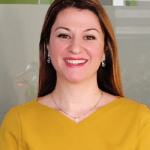 What her company does: Hoxha is the co-founder and CEO of Zana Technologies, a conversational AI technology startup whose digital solutions such as chatbot and voice assistants aim to innovate and improve healthcare by using ML and AI technology.

Career journey: A PhD in computer science and engineering, Hoxha is a former postdoctoral research scientist in Medical Informatics at Columbia University, and former research associate at Karlsruhe Institute of Technology. Currently, she is also the head of the working group ‘Health’ at the German AI Association.

Hoxha is also an author of numerous scientific publications on the intersection of machine learning and semantic technologies; co-author of the book “Fundamentals of Service Systems”. She is also the co-founder and senior advisor of the Albanian Institute of Science, and founder of MyOffice’Al – the first co-working space in Albania. 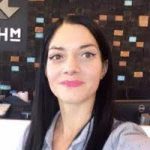 What her company does: Petricevic is the founder and CEO of Silver technologies, a software platform and wearable device for telemonitoring elderly patients.

The company’s smartwatch gathers biometric mobile data and voice communications and provides an integrated system for data and voice interaction between elederly, caregivers, and healthcare professionals.

Career Journey: Petricevic has broad experience in the business and healthcare industry, as she ran an acceleration program at US company GE Healthcare and founded an early-stage healthcare startup Studio Rebus, developing connected technologies to address the effects of stress on brain health and performance.

With Silver technologies, Petricevic looks to focus on developing easy-to-use consumer technology products and services designed to improve the lives of seniors. 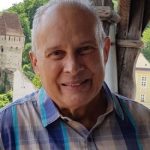 What his company does: Choban is the CEO and co-founder of Romanian telemedicine company Telios Care. Founded in 2017, Telios provides an easy and fast way to get medical consultation and treatment recommendations from trained professionals, offering 24/7 online professional care for different specialties.

Career Journey: Growing up in the US, Choban has a diversified background in investment banking, mortgage banking, manufacturing and trade, and has also been involved in a number of successful startups from Hong Kong, Indonesia, India, and Romania.

Holding a Bachelor degree in Business Administration at the Cleveland State University, Choban founded Cluj-based Telios in Romania back in 2017, fulfilling the wish of his late wife Carmen who had Alzheimer’s disease and of whom he took care until she passed away in 2015.

The experience convinced Choban to dedicate his life to promoting healthcare and making it more accessible to all people. He is involved with international Alzheimer awareness organization Purple Angel and Cluj-based HEART initiative that aids young doctors. 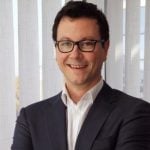 What his company does: Gligorijević is the CEO and co-founder of Serbia-based mBrainTrain, a company focused on creating wearable devices that measure brain activity by electroencephalography, EEG, which is a test that measures electrical activity in the brain using small, metal discs attached to the scalp.

Career Journey: With a PhD in biomedical signal processing, Gligorijevic has experienceworking as a researcher in the field of biomedical data processing at the Belgian University KU Leuven, and has been in charge of wearable sensor data integration for Neuroergonomic studies in his native Serbia at the University of Kragujevac.

An organizer and a strategist who is looking into the origins of consciousness, Gligorijevic is a believer in non-invasive, wearable physiological monitoring systems, and their effect on health. What his company does: Josif Dishliev is the co-founder and chief operating officer of Healee, an online digital health consulting platform.

Healee’s customizable digital health technology enables healthcare organizations to launch ready infrastructure for telehealth, digital check-in, and scheduling, configured to custom workflows and branding. Last month, the Sofia-based company announced a fresh $2M round, with plans to expand its services to the US.

Career Journey: Holding an MBA in Business Administration, Dishliev has more than 15 years of experience in management positions in software companies, seven of which were in healthcare software development companies.

In 2012, Dishliev founded Practicedent, a dental clinic management software, which was acquired in 2017 by a leading Swiss pharmaceutical company. During the last seven years, the Bulgarian entrepreneur has been working on the development of the Healee platform on the Bulgarian and international markets. 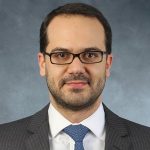 What his company does: Vertegis is one of the co-founders of Intelligencia, a platform that utilizes AI to assess and minimize the risk of drug development. The Greek startup’s core product provides estimates of the probability of success of a particular drug, insights into the drivers of that probability, and recommendations for optimizing the clinical trial design.

Career Journey: With a PhD in computer science and electrical engineering, Vertegis has been working on the intersection of data science, technology, and healthcare during the last six years.

Prior to founding Intelligencia in 2017, Vertegis was a management consultant for more than 12 years at consulting companies McKinsey and Hakluyt, where he was advising healthcare clients and investors on a variety of topics, including digital technologies, clinical development and early commercialization.

Vertegis is also a board member and member of the Executive Committee of the Alliance for Artificial Intelligence in Healthcare (AAIH), serves on the Dean’s Advisory Council for Cornell’s faculty of Computing & Information Science (CIS), and is an advisor and investor in technology companies in the US and Europe. 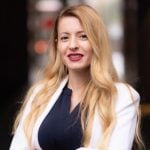 What her company does: Founded in 2017, Lifebit is a federated platform that unifies biomedical data and uses its potential in precision medicine research. To unlock access to data and increase the drug discovery potential of biomedical researchers, the company develops enterprise data that can be used by organizations that collect sensitive biomedical data.

While working as a researcher at the Centre for Genomic Regulation in Barcelona she designed and deployed tools and methods that facilitate the analysis of Big Biomedical Data, allow for biological discoveries, and promote personalized medicine. Chatzou Dunford also took part of the developing team of Nextflow, a programming framework that is revolutionizing the computational analysis of genomic data.

As a passionate entrepreneur, she has already founded two companies, Innovation Forum Barcelona and Lifebit. 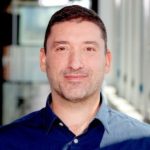 What his company does: Established in 2020, Kelvin Health а Bulgarian startup working on a clinical decision support tool utilizing a mobile thermal imaging camera that captures the heat of the body, segments the thermal image, and applies AI to detect anomalies related to vascular conditions and some inflammatory and oncology diseases.

As a spin-off from image recognition company Imagga, Kelvin Health is on the mission to combine thermal imaging and AI to allow for remote disease screening.

Career Journey: Kadrev started computer programming in 1994, developing a professional career as a software engineer in 2004. He is also an associate professor at Sofia University where he teaches Technology Entrepreneurship and Innovation.

In 2008 Kadrev co-founded Imagga, an image recognition platform-as-a-service model, while also developing concepts such as auto-tagging and smart cropping API. Imagga is now a leader in the area of image recognition AI and has been awarded multiple international awards.

The Recursive is always on the lookout for new and exciting medtech innovators from the region, so drop us a line if you know someone who would make a great addition to the list

How digital transformation is driving action in… 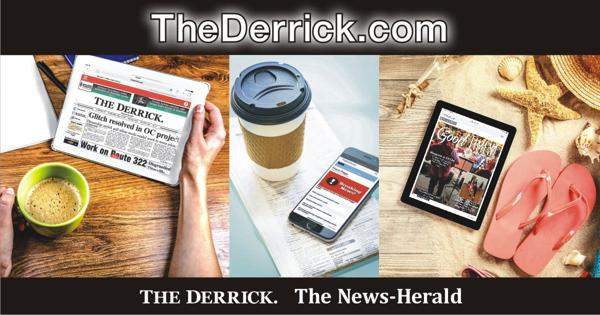 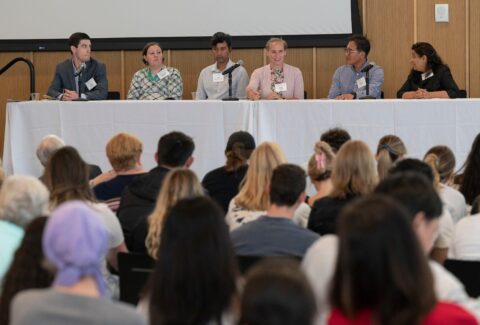 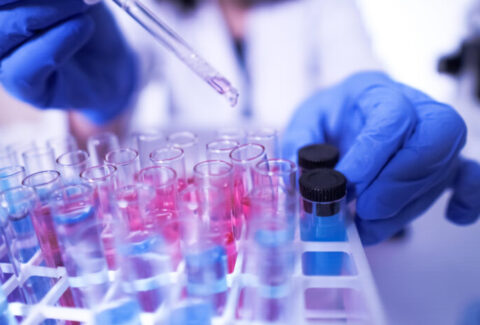 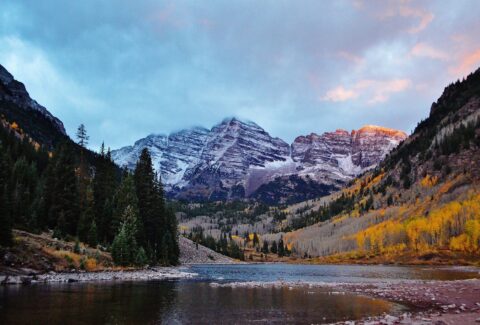 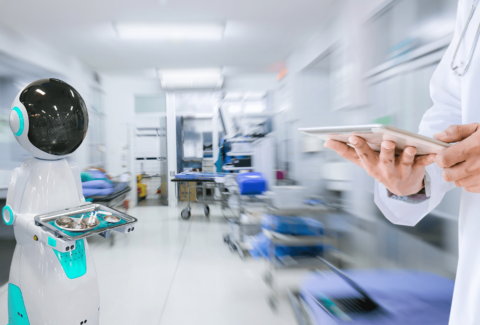 The Future of Healthcare: Five Trends in… 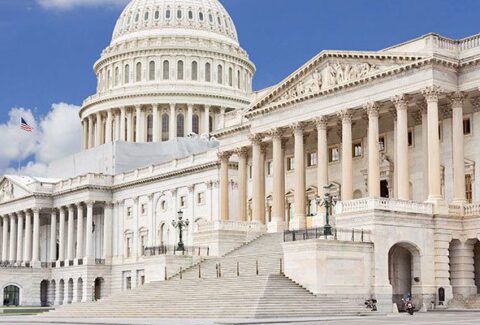 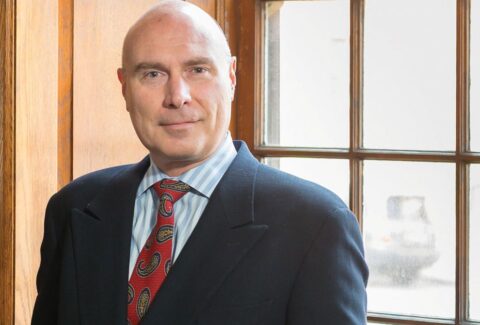 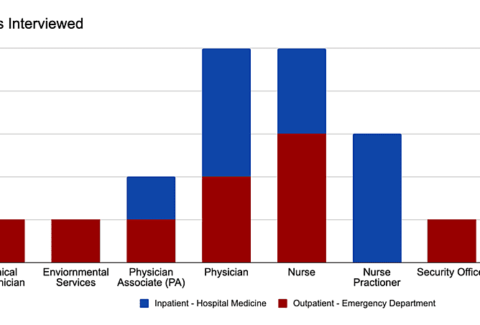 Toward Unity and Inclusion in the Clinical… 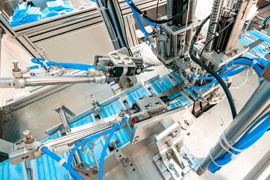