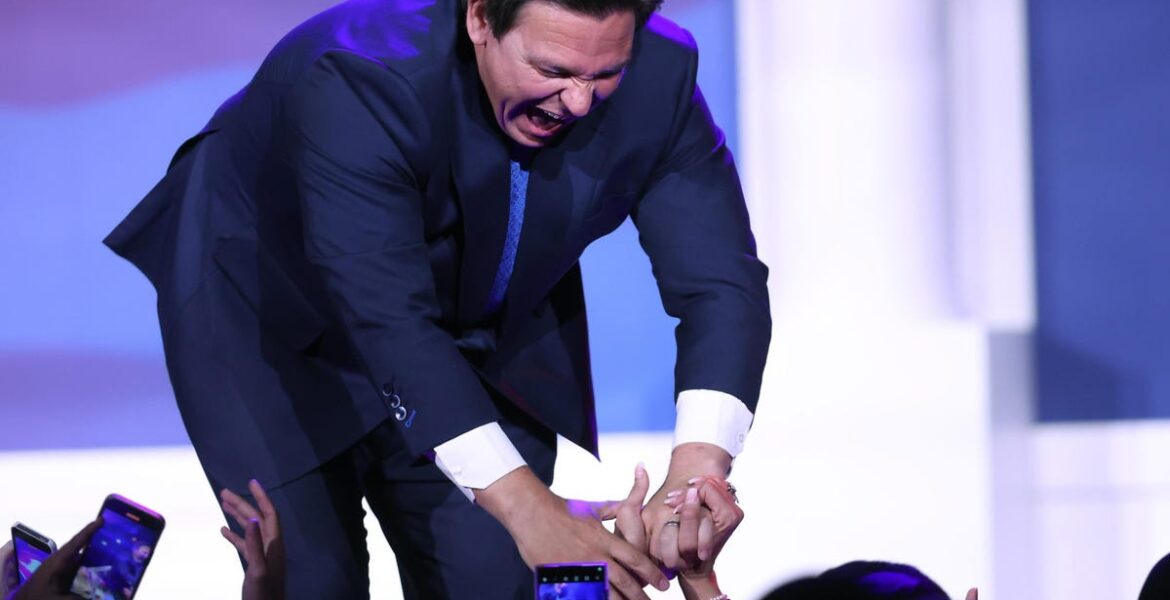 With Florida experiencing an upswing in Covid-19 cases, Florida Governor Ron DeSantis (R) called for some action on December 13. Was it new action to combat the severe acute respiratory syndrome coronavirus 2 (SARS-CoV-2)? Not exactly. Was it action to make Florida Department of Health updates on the number of Covid-19 cases and deaths more frequent than every two weeks. No. Instead, at a meeting named the “Covid-19 mRNA vaccine accountability roundtable,” DeSantis called for a statewide grand jury to investigate the alleged “crimes and wrongdoings” surrounding the Pfizer-BioNTech and Moderna Covid-19 mRNA vaccines. Yes, you heard that correctly. With the Covid-19 pandemic still going on, DeSantis has wanted to spend Florida taxpayer money investigating vaccines that scientific studies have shown as effective at protecting against Covid-19. And on Thursday, the Florida Supreme Court on Thursday granted DeSantis’ call, as reported by Steven Lemongello for the Orlando Sentinel.

While other states have been deciding whether to bring back face mask requirements, DeSantis was busy participating in this “Covid-19 mRNA vaccine accountability roundtable” and doing other things. Isn’t that like being still in the middle of a fire and calling for an investigation into hoses? If DeSantis is truly interested in further investigating his claims about “crimes and wrongdoings,” what is the current urgency? Why not work with the U.S. Food and Drug Administration (FDA), the Centers for Disease Control and Prevention (CDC), and the many scientific experts who have regularly looked into other cases of wrongdoing by pharmaceutical companies?

Well, in a December 15 article for Vox, Dylan Scott wrote that DeSantis, “Who is widely expected to run for president in 2024, is escalating his campaign to discredit the Covid-19 vaccines, the drug companies that produced them, and the public health officials and government leaders who urged Americans to get them.” Gavin Yamey, MD, MPH, MA, the Hymowitz Professor of Global Health and a Professor of Public Policy at Duke University, included this quote in his opinion piece entitled, “Why is Florida’s governor ramping up his anti-vaccine rhetoric” that was published on December 23 in the BMJ. Yamey described the “Covid-19 mRNA vaccine accountability roundtable,” which members of his government helped organize, as “a high visibility opportunity for the governor to escalate his opposition to covid-19 vaccines.”

Why does opposing Covid-19 vaccines have to do with DeSantis’ potential political aspirations? Yamey explained that “Pushing vaccine scepticism plays well with the conservative base who he will need to win over if he is to beat Donald Trump to be the Republican presidential nominee.” According to Yamey, “Pushing a message that government vaccine campaigns—in cahoots with companies—are over reaching is likely to play well with voters who reject “big government.”” Yamey added that “This anti-vaccine message also helps to detract from the Florida governor’s own disastrous performance in averting covid-19 deaths.”

Yamey also referred to a tweet from Oliver Johnson, PhD, a Professor of Information Theory at the University of Bristol, to DeSantis that stated, “If Florida were a country, its covid-19 death rate (3,874 covid-19 deaths per million) would put it at “10th worst in the world, behind Peru and various East European countries that got slammed pre-vaccine”:

This was in response to a December 13 Desantis tweet that asserted that “Florida will hold the medical establishment accountable by:

Wait, what? What specific “medical establishment” was DeSantis referring to in his tweet? There isn’t a single “medical establishment” that decided that the Covid-19 mRNA vaccines are worthwhile interventions. Instead, different scientists, who weren’t connected to Pfizer or Moderna in any way, around the world studied these vaccines in different ways. They have contributed to the scientific evidence by publishing studies that are available on PubMed for all to see. Rather than a single study, it’s been a growing series of studies that have supported the relative effectiveness and safety of the Covid-19 vaccines. The studies have also identified side effects from the vaccines that while rare deserved further investigation. Scientists around the world have not stepped away from these activities either. They have continued to study the vaccines and their effects to both confirm what has been found as well as account for the possibility that other findings will emerge.

An example of a scientific study was one published as a Correspondence in The Lancet Infectious Diseases on October 7, 2021, that showed what might have happened if Florida and Texas had increased their Covid-19 vaccination rate to match the average of other states. The team led by Alison P Galvani, PhD, a Professor of Epidemiology at Yale University, estimated that such an increase could have prevented more than 26, 000 Covid-19 cases and 1,200 Covid-19-related deaths in the two states.

Did DeSantis invite experts like Galvani and others to the “Covid-19 mRNA vaccine accountability roundtable?” It seems like speakers of the roundtable were hand-picked as the roster of speakers didn’t seem to represent the range of what’s been published in the scientific literature. In fact, the speakers largely appeared to those who support DeSantis’s opinion such as Florida surgeon general, Joseph Ladapo, MD, PhD, who was appointed by DeSantis and has already recommended against Covid-19 vaccination for health children, which goes against CDC recommendations, as I covered for Forbes previously. Speakers also included the authors of the Great Barrington Declaration, which advanced a form of the herd immunity strategy for dealing with Covid-19, as I reported for Forbes back in October 2020. Remember the the Los Angeles Times editorial board dubbed the herd immunity strategy as the “let people die” approach.

Again one of the biggest tragedies of the Covid-19 pandemic has been the incessant politicizing of the pandemic and Covid-19 policies and interventions. Imagine how many lives could have been saved and how much suffering could have been averted had the U.S. simply followed what real scientists and science have been saying all along. Sure, the Covid-19 mRNA vaccines are not perfect. Sure, the initial 90% efficacies reported by Pfizer-BioNTech and Moderna were too optimistic. Sure, there should be closer scrutiny on how the Trump Administration arranged the contracts with Pfizer-BioNTech and Moderna. Sure, it would have been better for Pfizer-BioNTech and Moderna to have released its clinical trial data to the scientific community and had the scientific community at large draw conclusions before the pharmaceutical companies had issued their various press releases about their trial results over the past three years. Sure, pharmaceutical companies should not be making public health policy. Sure, scientists and the medical experts should and most certainly will continue to study the Covid-19 mRNA vaccines and publish their findings in the peer-reviewed literature.

Examining the Determinants of COVID-19 Severity: A…