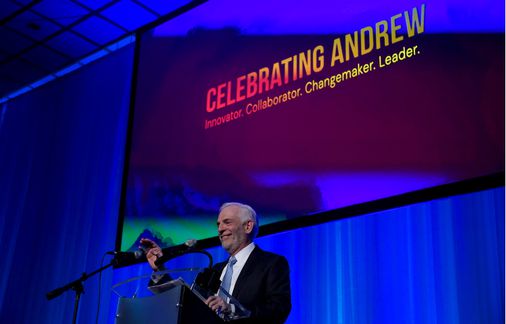 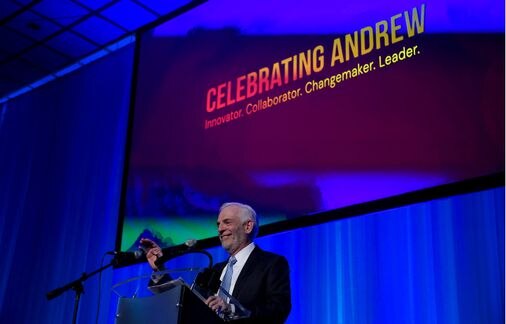 He goes on to explain he doesn’t have any hobbies, not even gardening or playing a musical instrument. He owns neither a second home nor a boat. But there is one thing he remains passionate about: Changing health care.

He will, for example, be teaching this spring at Harvard T.H. Chan School of Public Health. He’s already come up with the course’s working title: “Can Health Plans Be Good? The potential and limits of health plans as agents of health system change.”

He will join the board of the Joint Commission, an influential national health care accreditation organization, and continue to chair the board of the Blue Cross foundation. He will also continue to serve as an adviser to Vanna Health, a San Francisco startup that manages serious mental illness; Ariadne Labs, a center for health innovation founded by Atul Gawande; and the Massachusetts Coalition for Serious Illness Care, an organization seeking to improve end-of-life care.

And when he mentions writing, Dreyfus means it, too. He’s a recovering journalist who started his career as the editor of The South End News. As chief executive, he liked to wordsmith corporate documents so much so that his employees would need to remind him that the “E” stands for executive, not editorial.

Dreyfus’s foray into health care began when he left journalism in the 1980s to join the administration of Governor Michael Dukakis in the Executive Office of Human Services. Afterward, he went to work for the Massachusetts Hospital Association, and when Blue Cross launched a foundation, then-chief executive Bill Van Faasen recruited Dreyfus to become its inaugural president.

It was during his time at the foundation that Dreyfus began working on how Massachusetts could roll out universal health care coverage. President Clinton and first lady Hillary Clinton had made an unsuccessful go at reform in the 1990s, which put the onus on states to lead the charge.

Dreyfus — working closely with insurers, hospitals, academics, business leaders, and politicians — helped shape Massachusetts’s landmark law in 2006 that required most adults to have health insurance or pay a penalty. That law became the model for the Affordable Care Act that President Obama signed in 2010.

Not that long ago, the ACA divided America. Not anymore.

“We just had one of the most divisive elections in US history,” Dreyfus observed, “and there was one issue that didn’t get mentioned in any of the news: the Affordable Care Act.”

On equity, Dreyfus doesn’t buy into the notion that COVID-19 “unmasked” gaps in coverage. The reality, he said, is that “they’ve been unmasked for decades . . . We just didn’t act in an organized way to really make a difference.” He’s most proud of “showing the health care system that when we work together and collaborate, we can create major change.”

There is, of course, unfinished business. Health care still needs to be more affordable and more equitable. Dreyfus worries about double-digit premium increases and how that might force the state to once again cap insurance rates, which Governor Deval Patrick did for several years starting in 2010.

Back then, Patrick had warned insurance executives: Either rein in prices, or he would.

“Nothing happened so he put the caps on,” recalled Dreyfus. “Unless the health care community works together to moderate costs, we could be back there.”

In one of his last acts as chief executive, Dreyfus unveiled in December a new model of reimbursement that would hold providers financially accountable for reducing health disparities. He’s hoping the program with four major health groups will spur systemic change.

On top of that, Dreyfus will be succeeded in January by Sarah Iselin, who will become the first woman to lead the insurer. Dreyfus worked with Iselin at the Massachusetts Hospital Association, and when he came to Blue Cross, he recruited her. She calls him a mentor.

He has championed diversity and inclusion, long before it was fashionable, because of his father Carl Dreyfus. The elder Dreyfus sold property and casualty insurance and, in the 1940s and 1950s, was one of the few white insurance agents to offer policies to Black business owners. A young Andrew used to tag along with his father visiting clients in Roxbury, Mattapan, and Dorchester.

Carl Dreyfus became president of the Boston Urban League in 1948 and served on its board into the 1960s.

“Thinking about diversity was part of my DNA,” said Andrew Dreyfus.

At his going-away celebration at the JFK Library in early December, Iselin, the incoming chief executive, summed up best what has driven Dreyfus all these years.

“Andrew understands at an uncommon level that health care is about our shared humanity,” she said, “and that it is fundamentally about social justice.”

Dreyfus’s next chapter has yet to be written, but that is one theme that will never go away.

Shirley Leung is a Business columnist. She can be reached at shirley.leung@globe.com.