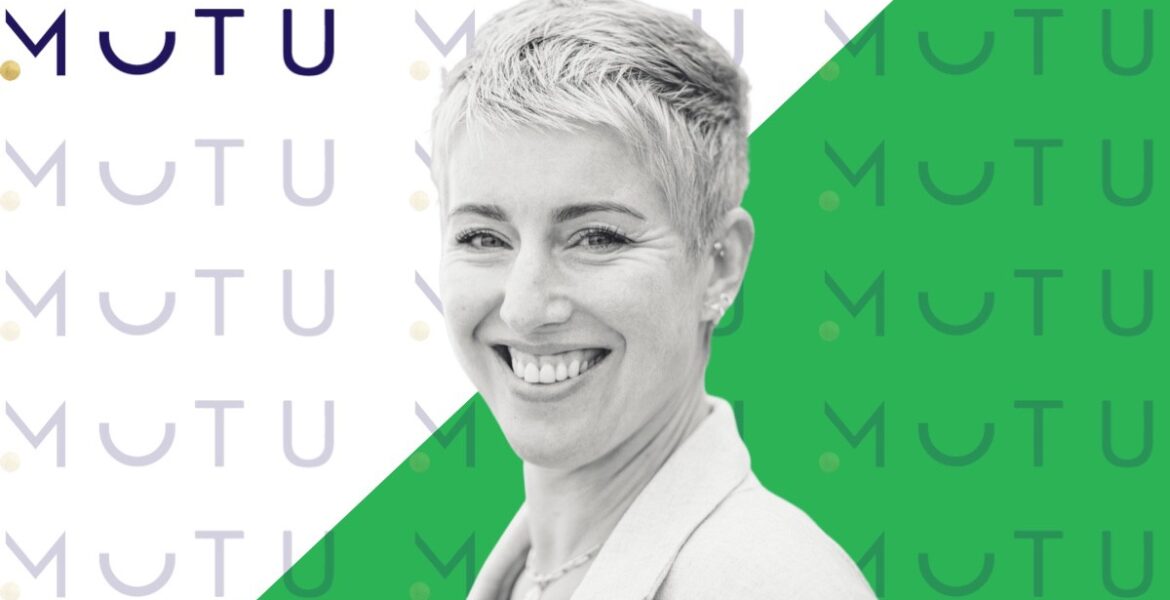 Founder Wendy Powell has helped more than 90,000 women get back to living their lives with strength and confidence after pregnancy through her purpose-built fitness program. Now she’s scaling the platform with new offerings around functional health and mental wellness.

Postpartum pelvic floor issues are a common problem. One estimate says more than one in three new mothers will experience urinary incontinence while one in five will experience severe pelvic floor muscle injury. It’s so common that it almost seems normal; mothers at the playground may joke about wetting themselves when they sneeze or laugh — diminishing the real shame, discomfort, or even pain they experience.

But common does not mean normal. Just because something happens frequently doesn’t mean it should be acceptable. And when it comes to the pelvic floor, there are widespread ramifications to ignoring a problem. The pelvic floor is essentially a support system, holding the uterus, bladder, bowel, and other pelvic organs in place so that they can work properly. When it is weak, it can contribute to chronic back pain, pain during sex, core weakness and diastasis recti, a prolapsed uterus, as well as the aforementioned incontinence.

These consequences aren’t just physical. Women with urinary incontinence after giving birth are almost twice as likely to develop postpartum depression, and a recent survey by MUTU found that 87% of women said that pelvic floor issues affected their mental health at some point. The emotional impact can be subtle: a dip in confidence or capability. As one mother puts it, “It’s hard to be present and effective at work or in your community when you’re worried you’ll wet yourself or you can’t lift something you used to.”

Many women turn to exercise as the answer to their pelvic floor issues, but don’t understand why the traditional fitness paradigm — “if something is weak, work out harder or longer” — doesn’t get them results. In fact, some forms of exercise increase the strain on these muscles and the risk of prolapse. Without proper engagement and a systematic plan, postpartum pelvic floor issues leave women feeling like something is irrevocably changed or broken about their body, affecting mood, intimate relationships, and lifestyle.

When Wendy Powell was pregnant with her first child about 17 years ago, she figured her body was prepared for the challenge of pregnancy, delivery, and recovery. She was a highly-certified personal trainer who specialized in pre- and post-natal fitness.

“In theory, I knew my stuff. Then my body didn’t do what I thought it was supposed to do.”

Powell discovered that the strategies she had learned were not enough. As she struggled through her own core and pelvic issues following the birth of her first child, then, two years later, her second, she came to face a hard truth: the expertise she had trained in was not sufficient to fully recover from childbirth.

“The core and pelvic floor issues I was having — the ones I had heard from my training clients and now was learning for myself — the tools I had to deal with them simply were not good enough.”

She knew the knowledge and expertise to deal with pelvic floor issues must exist somewhere. Powell broadened her focus of study beyond the fitness world and began working with biomechanists, physical therapists, sex therapists, and midwives to understand how the muscles, ligaments, nervous, and skeletal system functioned together to support pelvic floor functioning. From there, it was a matter of translating what she learned into solutions that women could understand and follow.

“Part of the challenge is that we are so disengaged with our pelvic floor that we don’t even know what it’s supposed to feel like when you are engaging it correctly,” Powell explains. “My goal was to develop strategies and exercises with the language for someone to know they are getting it right or wrong.”

Powell launched the first iteration of her program over ten years ago. At the time it was her filming herself in her backyard doing the series of pelvic floor exercises she designed with input from specialists. From the start, the focus was on medical credibility and functionality — the questions “is it safe?” and “does it work?” fueled everything she created. Sure, the exercises might help a woman tone up after pregnancy, but as Powell says, “it was driven by dignity and confidence and function, not aesthetics.”

The program worked. And after a few celebrity endorsements (Pink’s trainer posted about using it and the Daily Mail reported that Kate Middleton did MUTU after the birth of Prince Louis), it snowballed. At this point, 90,000 women have been through MUTU System’s 12-step course, and it doesn’t show signs of slowing down.

“The ongoing feedback we receive is women saying, ‘I thought I was just buying an exercise program but you’ve given me back myself.’ Women are told that they just have to put up with certain problems after having a baby, that they are normal, but that’s simply not the case.”

The MUTU System is a postpartum recovery app and community that provides evidence-based techniques to improve pelvic and abdominal function. The MUTU digital platform guides users through a 12-module program that rebuilds a sense of connection with their bodies, helping them understand how it works and how to best engage and release it. The goal is to restore dignity, function, and confidence in a medically-recommended, body-positive way.

MUTU currently operates as a D2C with a majority of women hearing about it from a pregnancy care provider or through word of mouth. Most of their users come to the program three to 12 months after giving birth, realizing that their body isn’t going to just “bounce back” to normal. They can sign up for a year’s membership or go month to month.

The workouts are brief, ranging from 12–20 minutes a day, but the results speak for themselves. For example, 92% of women who experienced bladder symptoms saw improvement after using the MUTU System, 89% of women who experienced pain or discomfort during or after sexual intercourse reported an improvement, and 88% of women suffering from symptoms of prolapse reported improvement. These results led to a partnership with the NHS in the UK during the pandemic when physiotherapists couldn’t see patients in person, paving the way for future opportunities to care for patients at scale and prevent costly pelvic health problems.

“The average time it takes for someone to go to the doctor with incontinence is seven years. Then there’s physiotherapy, and if that doesn’t work, surgery. In the meantime, there are mental health implications and healthcare costs all along the way.”

Powell and her team look to expand MUTU in two strategic directions in the year to come. First, they plan to develop their offerings beyond postpartum into other life stages, supporting women with pelvic floor issues during menopause, perimenopause, and before and during pregnancy. They also intend to offer more pathways for women into the MUTU System by integrating themselves with public and private insurance and partnering with larger corporate entities and health services.

“We’ve proved it works and now want to empower more women to understand their bodies and its signals so they can live with confidence. MUTU is as much a foundation for life and mothering as it is a work out,” says Powell.

MUTU combines a proven track record and reputation as the go-to trusted authority on postpartum recovery with a highly scalable product that is poised to serve a significantly larger sector of the population. Their focus on functional health, mental wellness, and bodily confidence sets them apart from their aesthetically-minded competitors, and it allows them to easily integrate themselves with health services and employee benefits. They stand poised to change the way the healthcare community talks about pelvic health, so it recognizes that common problems don’t have to be normal or acceptable.

Wendy Powell’s passionate leadership comes from her life experience both as a fitness expert and a mother. It’s easy to become just another exercise routine to choose from, but Powell ensured that the MUTU System stands the test of time (and results). She pursued evidence-based solutions so that women could trust what they were doing was safe and effective. Thanks to this focus on real, corroborated results, MUTU was selected as an Innovation Accelerator Fellow with the NHS in the UK, and they are currently partnered with the NHS in research studies that further validate the program.

Join us in welcoming MUTU to the StartUp Health family!