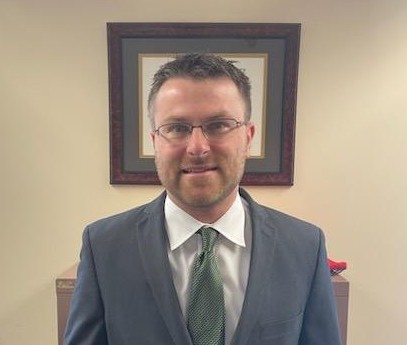 Power Moves is a column where we chart the comings and goings of talent across the region. Got a new hire, gig or promotion? Email us: baltimore@technical.ly.

This position will work with the City of Baltimore and the police department as well as analyze data and research to determine how Baltimore’s business community can help decrease crime and improve public safety. The creation of this position follows GBC’s announcement in May that it wanted to do more to address public safety and crime and Baltimore.

“We’re thrilled to bring Jeff to the team,” said Mark Anthony Thomas, president and CEO of GBC. “This will immediately strengthen how we’ll engage with the public sector and stakeholders at the frontline of the crisis.”

This appointment was Thomas’ first act as president and CEO after joining GBC back in October.

“I am excited to work collaboratively with the business community and city stakeholders to improve public safety outcomes in the Greater Baltimore region through enhanced data transparency and accountability,” Zuback said.

Under Armour has a new president and CEO

Under Armour announced yesterday that Stephanie Linnartz would be joining the company as president, CEO and a member of the board of directors, effective Feb. 27. Linnartz is currently the president of Marriott International.

“She is a proven growth leader with a distinguished track record of brand strategy, omnichannel execution, talent acquisition and development, and passion for driving best-in-class consumer connectivity, experience, and brand loyalty,” said Kevin Plank, Under Armour executive chair and brand chief, in a statement. “The board is confident that Stephanie — along with our leadership team and all of our key stakeholders — will accelerate our ability to realize the substantial opportunities for Under Armour as both an operating company and aspirational brand.”

Linnartz will be taking the position over from Colin Browne, who has been the interim president and CEO since June 2022. After passing the torch, Browne will resume his position as COO of the company.

“Under Armour is an iconic brand with a huge opportunity ahead,” Linnartz said. “This company has immense energy and excitement, and I am committed to building growth while maintaining operational excellence. I look forward to joining the incredible UA team, partnering with Kevin and the board, and leading this amazing company into its next chapter, delivering for athletes, teammates, customers, and shareholders.”

The announcement closes a difficult year for Under Armour, one of Baltimore’s most iconic corporations, in which the athletic apparel company was dropped from the S&P 500 following a dramatic dip in the value of its stock. Pothik Chatterjee announced on LinkedIn that he would be leaving his position as assistant VP of innovation and operations support at LifeBridge Health after four years with the company in various roles.

Chatterjee said he is ready for a change and will be pursuing a new opportunity in 2023, but did not specify what that opportunity is.

“Taking some time to decompress for the holidays with my family and reflect on my next role in healthcare venture capital, digital health and life sciences industries in Baltimore and Washington DC area,” he wrote in his post. “I am truly grateful for everyone at LifeBridge Health who have made the last 4 years so special and memorable.”

Chatterjee reflected on some of his work at LifeBridge, citing the launch of the 1501 Health incubator and working with startups focused on healthcare innovation, among others.

“It’s been an honor and privilege to be part of such exciting innovation and I have learned so much from all my collaborators,” he said.

Elsewhere at LifeBride, Emily Durfee announced on LinkedIn that she will be working in a new role as director of corporate venture capital at Healthworx. Her previous position was as director of Healthworx strategy and portfolio acceleration. She said she will continue to work with LifeBridge Health to co-lead the 1501 Health incubator. Sarah Huffman is a 2022-2023 corps member for Report for America, an initiative of The Groundtruth Project that pairs young journalists with local newsrooms. This position is supported by the Lenfest Institute for Journalism. -30-