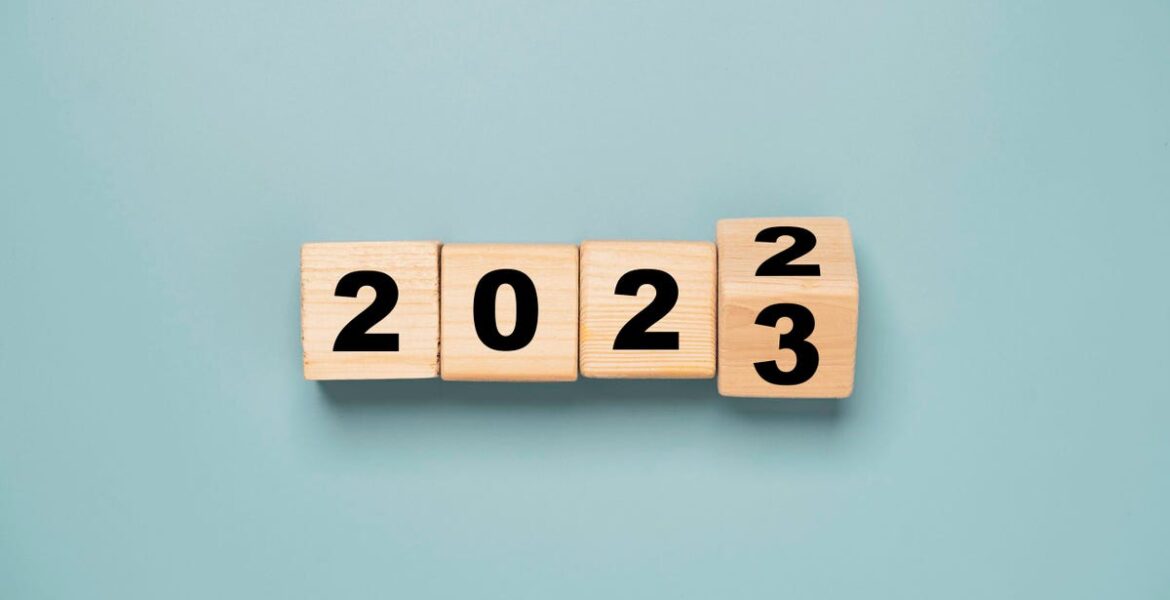 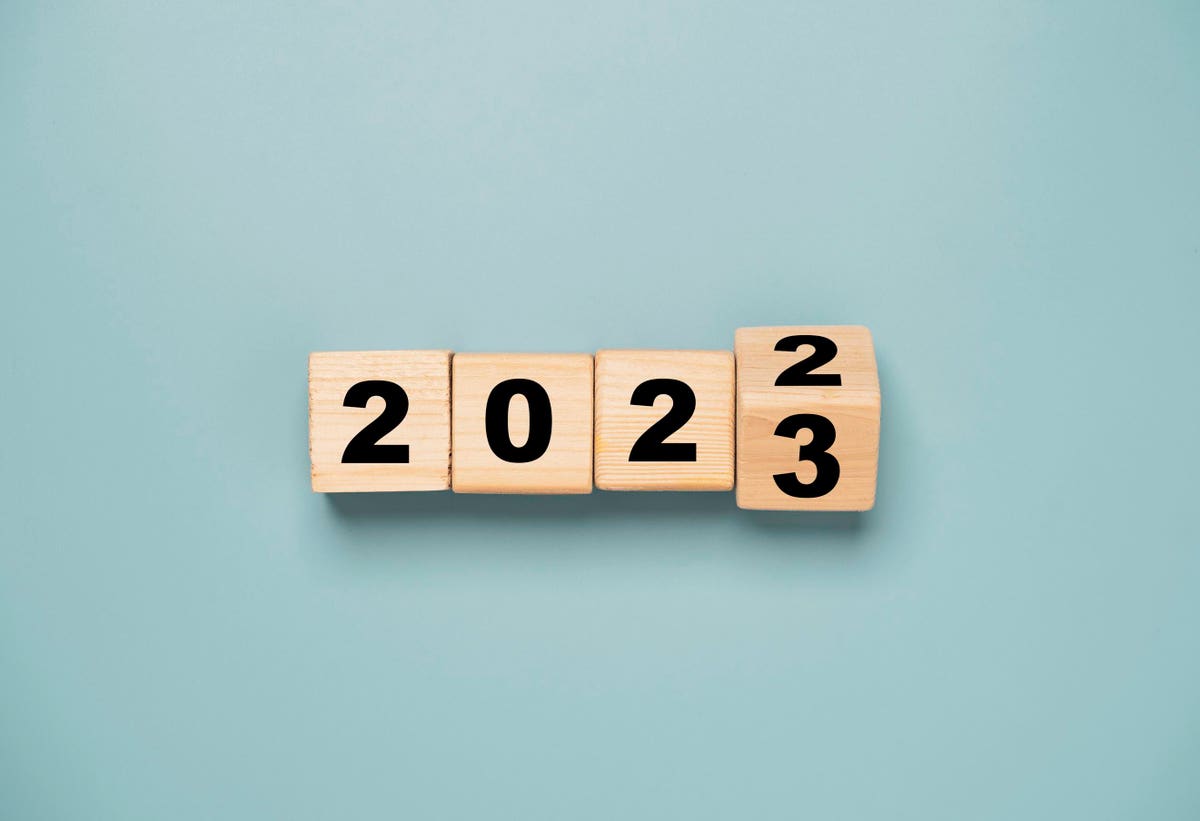 It’s that time of year again. New year’s resolutions and predictions for the upcoming year. As a health economist writing on the Forbes platform, my so-called swim lanes are healthcare and public health. But given the impact the economy has on the health sector I also closely follow developments in the U.S. and global economy. We’ll start with predictions concerning the economy.

Last year, the biggest risks to the global economy came from a number of geopolitical shocks, the largest of which was the Russian invasion of Ukraine. Russia’s defeat in Ukraine in 2023 won’t usher in a new era in which dictatorships and land grabs will disappear. But, in the short term it will deter China from attacking Taiwan.

The war’s impact on the Russian economy – through sanctions, diversion of resources, loss of manpower and human capital – will be devastating. Russia’s increasing economic irrelevance on the global stage will be exacerbated by a sustained drop in oil prices.

Worldwide, economies will continue to be impacted by the conflict in Ukraine and the perpetually lingering Covid-19 pandemic. While China’s halt to strict lockdowns frees up its economy in some ways, it will at the same time lead to elevated levels of absenteeism and concomitant manufacturing constraints. In fact, I see the current Covid-19 surge in China as the most critical threat to the global economy in the first quarter of 2023. Not only could the crisis in China cripple parts of its healthcare system, it may have economic effects beyond its borders, including supply chain issues which would rekindle worldwide inflation.

Remarkably, the U.S. will avert a recession, one of the only wealthy industrialized nations to do so. This does not mean, however, that there will be robust economic growth. It’ll likely be stay below 1.5% all year, with little fluctuation from quarter to quarter.

Interest rates will continue to increase in the first half as the Federal Reserve forges ahead with its anti-inflationary policy, though in smaller increments. The Fed rate will top out in May at around 5.5%. This will mean typical 30-year mortgage rates for homes may approach 8.5%.

In 2023, inflation will eventually be tamed, but not to pre-2021 levels. Rather, a new normal of approximately 5% will establish itself for the foreseeable future; so not only in 2023 but long after the year concludes.

Unemployment will hover between 3.7% and 5%.

The U.S. dollar will remain strong vis-à-vis foreign currencies; perhaps too much so from American exporters’ perspective.

After bottoming out last month, stock prices will rise in 2023. The Dow and S&P 500 could go up by as much as 20% overall, while the Nasdaq, with biotechnology leading the way, may rise by 25%.

China’s abandonment of its long-held Zero Covid policy coupled with a relatively poor vaccination uptake in the elderly is leading to an acute healthcare crisis in China. One subvariant of Omicron, BF.7, which has both a high R0 and immune-escape properties, is fueling the surge of Covid-19 infections.

Throughout 2023, however, Covid-19 will continue its step-wise and gradual retreat across the globe. This doesn’t mean it will vanish. Periodic waves of sub-variants will emerge. But, their amplitude will be less pronounced.

In the U.S., other public health issues will intensify, including persistent infant and maternal mortality, a worsening fentanyl crisis, and the uniquely American problem – at least if we compare among peer nations – of rising roadway fatalities.

Republicans now have a majority in the House. Members will pursue formal inquiries into the origins of the coronavirus – the Wuhan laboratory leak hypothesis, for example – and gain of function research. In December, House Republicans announced their intentions by declaring they would begin subpoenaing Biden Administration officials.

Republicans in Congress and in state legislatures will also press ahead with blocking public health funding, all while promoting a purported “parents’ rights” agenda.

Ostensibly, parents’ rights imply giving them more say regarding their children’s education and healthcare decisions. More than a third of parents oppose requirements that children receive routine immunizations in order to attend school, according to a new survey released in December by the Kaiser Family Foundation. This group constitutes a vocal base within the Republican Party.

All 50 states and the District of Columbia currently mandate that children receive vaccinations against measles, mumps, rubella and other highly contagious, deadly childhood diseases. This will begin to change in 2023, with a number of Republican-led states dropping vaccine requirements.

Throughout the Covid-19 pandemic, a majority of Republicans have been against compulsory preventive measures such as masking and vaccination mandates, and public health policies in general. And, Republican legislators in more than half of U.S. states have already passed laws to drastically curb the powers of public health authorities, including the use of non-pharmaceutical interventions to prevent the spread of viruses or other contagions. The formal curbing of public health authority powers will accelerate in 2023 in GOP-led states.

Novel drug approvals will rebound somewhat in 2023 to between 40 and 45, from the downward blip in 2022, when there were 36 approvals. Moreover, 2023 will be another banner year for cell and gene therapies.

The big story with gene therapies will be the price tag and difficulties with respect to commercialization. In December, it was announced that the gene therapy Hemgenix, indicated for certain patients with hemophilia B, would be priced at $3.5 million per single dose. Well, we probably won’t see such high-priced therapies in 2023. But, newly approved products in the space will be priced between $2 and $3 million. Because of commercialization barriers, uptake, however, will be below expectation.

Expect to see record high launch prices in 2023 of newly approved drugs and biologics. This is partly an unintended consequence of the Inflation Reduction Act’s drug pricing provisions. In 2023, the Act will begin to exert downward pressure on existing drug prices through rebates on drugs with list prices that exceed inflation. Furthermore, in anticipation of a restructuring of Medicare Part D and price negotiations for a limited set of drugs, firms will increase launch prices of newly approved drugs over and above what they would done in the absence of legislation. After all, the Act contains no restrictions or ceilings on launch prices.

In 2023 there will be substantial downward pressure on existing drugs’ prices. The marketplace will continue to evolve in ways that curb net drug prices. Payers in both the commercial and public spaces will increasingly resort to utilizing clinical- and cost-effectiveness to determine pricing and reimbursement of prescription drugs.

Ultimately, the most consequential change to net pricing of drugs as well as out-of-pocket costs for patients, is rebate* reform. This was not included in the Inflation Reduction Act. But, the Federal Trade Commission is conducting an inquiry into possible anti-competitive practices associated with rebates, with the potential for legislative action should such practices be proven. This could lead to pharmacy benefit managers suffering substantial punitive fines.

The Number One Health Story From 2022…