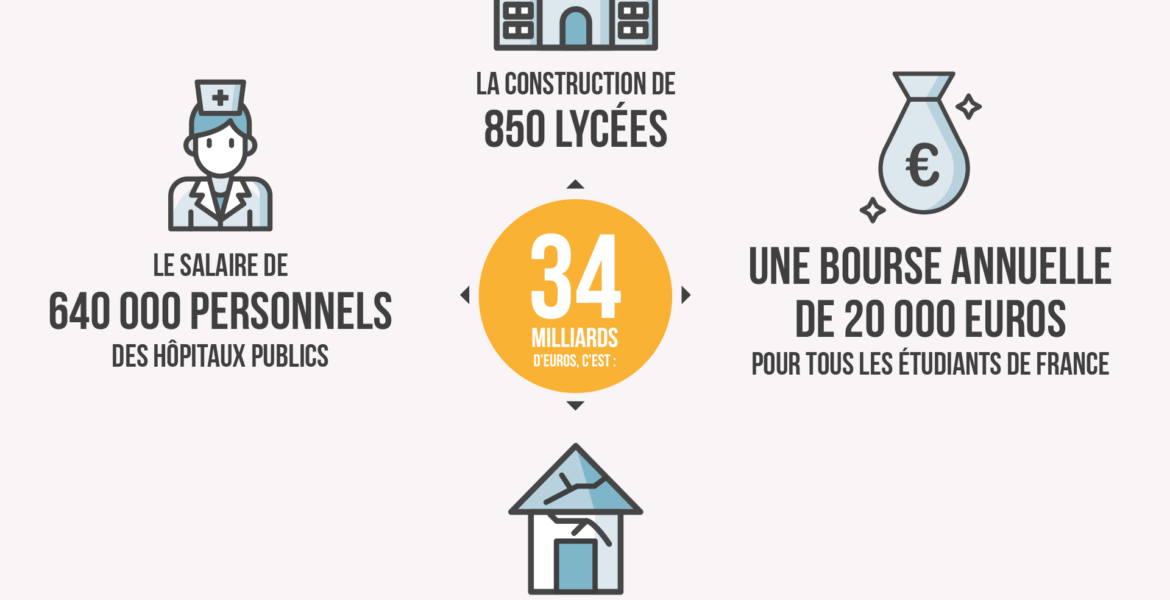 There’s no question that interest in artificial intelligence (AI) and machine learning (ML) is surging now in the healthcare industry. Of course, when it comes down to it, AI is simply a form of advanced analytics that uses artificially created algorithms to compute beyond the speed or capability of any human beings, so in that sense, healthcare’s journey into AI is simply a subset of its broader journey into advanced analytics, a journey that has been many years in the making.

What’s interesting now at the very end of 2022 is that the thinking around artificial intelligence is evolving forward rapidly, even as the use cases to which AI is being applied, are multiplying very quickly. I remember something that happened about six years ago now, when senior leaders at a well-known vendor organization made the public announcement that they were going to grab millions of diagnostic images and millions of data points, in the diagnostic imaging space, and essentially create a massive data and image lake, from which they planned to derive an enormous number of data points that would help radiologists diagnose in a number of key clinical areas (such as breast imaging, cardiothoracic imaging, etc.). Very long story short, that huge experiment ended in abject failure, as the images and data points could simply not be harnessed in the way that had been imagined. But even at that time, the clinician and informatics leaders in individual patient care organizations were beginning to create algorithms that they could test in diagnostic situations, as well as others related to clinician workflow, etc.

As Brian Patterson, M.D., who is a practicing emergency physician and an assistant professor in the Department of Emergency Medicine at the University of Wisconsin Medical School, and the physician informatics director for predictive analytics at UW Health, in Madison, Wisconsin, told me this spring, “With regard to the Gartner Hype Cycle, a couple of years ago, there was so much hype around AI. Meanwhile, I have to say that I don’t think the door has been closed on generalizable models. We might be able to derive models across vast numbers of use cases. But in many cases, it’s very fair to say that just because your EHR [electronic health record] model works in one place, it won’t necessarily in other. So it varies based on the patient populations on which you’re creating the models; and secondly, in terms of the ways in which data is entered into the EHR [electronic health record]. For example, in one institution, only boluses of fluid will be recorded, and in another institution, every medication ordered would have an accompanying order for the fluid that pushed it in. And just based on that difference, one patient may appear to have gotten more or less fluid. And that’s one of the big threats to generalizability. And what I’d definitely agree with is that models need to be developed by specific teams at specific organizations, in specific work environments; in other words, where the models are given to the physicians within their workflow, how they’re used, those have to be individualized. And a couple of recent publications have highlighted that.”

Meanwhile, Dr. Patterson and his colleagues at UW Health have indeed been making strides in several areas. “We have at least three or four in actual use, and several more in the pipeline,” he told me. “We have an algorithm for likelihood of falls after ED visits. Others being implemented are algorithms on risk of developing sepsis; implemented a clinical deterioration algorithm, though that’s one we’re implementing from a vendor, though developed by UW faculty,” among other efforts. An absolutely key learning, Patterson said, is that “No matter how you think a model will work out from outside your system, you need to validate it based on your data. The other lesson is that many, many models can provide information, but if we want to change patient care, we need to find actionable information and present it to clinicians at the right time. We have to have good, accurate predictions, and then put them into well-designed decision support, well implemented, in the workflow.”

That reality had been emphasized by Suchi Saria, Ph.D., the John C. Malone Associate Professor and Director of the Machine Learning and Healthcare Lab at Johns Hopkins University in Baltimore, on March 14 at HIMSS22 in Orlando, in her closing keynote in the Machine Learning & AI for Healthcare Forum. Saria told her audience that “Eighty-nine percent of providers have adopted some sort of sepsis tool.” But as I reported from her speech, “[C]areful examination of the sepsis tool implementations have found that, when her team at Bayesian looked closely at the success levels of sepsis-alert algorithms, they found that the actual rates of improvement in intervention turned out to be far more modest than they appeared at first glance. In fact, she said, ‘I’ve seen incorrect evaluation. People measured sepsis for mortality, then deployed the tool, then used billing code data, and evaluated. But it looks as though you’ve improved mortality, but there’s a dilution effect.’” In other words, it’s turning out that clinician and clinical informatics leaders must necessarily test out and recalibrate any algorithms developed elsewhere, in their own organizations, since, as Patterson told me, clinicians document inside their own organizations’ electronic health records in individual ways.

All that said, there’s no question whatsoever that AI is becoming the topic du jour in patient care organizations nationwide, both for clinical-diagnostic purposes, for clinician-workflow purposes, for operational improvement purposes, and for revenue cycle management purposes—among others. Indeed, as I noted in my coverage of RSNA22, the annual conference of the Radiological Society of North America, which was held at the end of November in Chicago’s McCormick Place Convention Center, AI was the absolute talk of the conference.

And I reported on the plenary address of Monday, Nov. 28, given by renowned physician and author Siddhartha Mukherjee, M.D., DPhil. As I wrote on Nov. 28, “The 4,188 seats of the Arie Crown Theater were nearly filled when Dr. Mukherjee, introduced by RSNA President Bruce G. Haffty, M.D., walked onto the stage. Mukherjee spent most of the hour delivering his presentation, with the final quarter of the hour given over to a fireside chat between the two physicians. Mukherjee, an assistant professor at Columbia University and a practicing oncologist at Columbia University Medical Center, is an oncologist and hematologist who has spent decades involved in research around the diagnosis and treatment of cancer. Received the 2011 Pulitzer Price for General Non-Fiction for his 2010 book The Emperor of All Maladies: A Biography of Cancer; last month, he published his latest book, The Song of the Cell. He spoke on the topic “A Peek Into the Future of Biomedical Transformation.’”

As I wrote, “At the outset of his lecture, Mukherjee said, ‘To start with, I want to talk about deep learning; that means deploying learning algorithms that imitate human learning. How do we learn?’ he asked. ‘Can machines learn like us? Can machines learn medicine?’ He referenced the April 3, 2017 article that he published in The New Yorker, at the request of that magazine’s editors. He pointedly noted that the title that the editors gave the article was ‘A.I. VERSUS M.D.’—but quickly added that, ‘Interestingly, that’s a false title. I don’t think that ‘versus’ is the right word. Much of what I’ll tell you is about ‘with,’ not ‘versus.’’ And he moved on to reference the philosopher Gilbert Ryle, who, “long before the birth of modern AI, made a distinction between ‘knowing that’ versus ‘knowing how.’ ‘Knowing that,’” Mukherjee quoted Ryle as saying, “is knowing a series of facts; knowing how, is putting those facts together to produce learning.” Mukherjee told his audience that he believes that healthcare will see enormous advances in the use of AI and machine learning in the coming years, breakthroughs that will transform both patient care and medical research. Certainly, he and all the other experts and observers are noting, the level of activity around AI is accelerating now dramatically.

Per that, as Senior Contributing Editor David Raths wrote on Dec. 22, “New C-Suite titles — such as chief patient experience officer and chief digital officer — pop up from time to time in healthcare. Now some industry insiders are saying that health systems naming chief artificial intelligence officers will be the trend in 2023. I got this idea from reading some 2023 predictions from Punit Soni, CEO of a company called Suki, which builds voice AI interfaces. The company’s Suki Assistant is used in more than 100 health systems and clinics across three dozen specialties. One of his predictions for 2023 is that ‘Chief AI officer will become a position in health systems differentiated from CIO and data/digital executives.’ Until I read that,” Raths wrote, “I hadn’t heard of any health systems creating that title yet, but a quick search turned up several. For instance, the Department of Health and Human Services’ Office of the CIO has a Chief AI Officer named Greg Singleton. HHS originally established an AI Office, appointing its first Chief AI Officer, Oki Mek, in March 2021.”

Still, experts caution, healthcare leaders must also prepare for the inevitable emergence of cybercrime into AI in radiology. As I reported on Nov. 29, in a Nov. 28 RSNA session, “[A] trio of experts from different disciplines looked at the prospects for cybercrime impacting the field of radiology and impacting artificial intelligence development in radiology and across healthcare, and issued dire warnings about the potential for harm to patients and patient care organizations, as AI adoption expands in healthcare, with criminals potentially turning AI algorithms against patient care itself.”

That said, there’s no question that AI has a huge future in healthcare, across different areas of activity. If there were bright spots amid the challenges of 2022, one of them was certainly in the area of AI and machine learning.

Funding Announcement Sets The Stage For The…