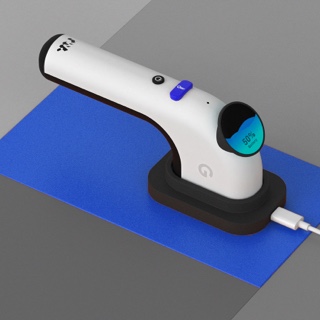 Riverside Health System Board of Directors

The Honorable Gabriel A. Morgan, Sr. Sheriff of Newport News
Member since 2017

Bill is Chief Executive Officer for Riverside Health System. Bill graduated from James Madison University and originally joined the Riverside team in May of 1981 as an Administrative Extern. After receiving his Masters in Health Administration from the Medical College of Virginia (Virginia Commonwealth University), he rejoined the Riverside team in May 1985 as an Assistant Administrator. He served as Vice-President/Administrator at Riverside Walter Reed from January 1986 to December 1991 and as Senior Vice-President, Riverside Regional Medical Center from January 1992 until July 1995. Bill returned to Riverside in June 2001 after having served as President and CEO of Lewis-Gale Medical Center in Salem Virginia and Chief Executive Officer, Regional Medical Center Bayonet Point, Hudson, Florida. He became CEO of Riverside in 2012.

Bill and his wife Carol have three grown children and reside in Williamsburg, Virginia.

During the three years prior to joining Riverside, Dr. Dacey oversaw Kent Hospital, a community teaching hospital with 2,200 employees and a medical staff of over 700 physicians. He was also appointed president of Memorial Hospital of Rhode Island, a Brown University School of Medicine teaching hospital during 2015.

In an earlier role, Dr. Dacey served as chief clinical integration officer for Care New England and oversaw the Care New England Physician Organization. He was also involved in a number of other areas with Care New England including work with their medical group, value-based care and quality and safety.

Dr. Dacey is highly respected for his clinical work as a hospitalist and intensivist as well as for bringing expertise and a patient-focused approach to his leadership roles.

Prior to joining Riverside, she was chief nursing officer for HCA, opening a new hospital in 2008 in Fredericksburg, Virginia. Nancy also holds adjunct faculty positions both at Virginia Commonwealth University and Old Dominion. Nancy’s career has spanned over 30 years working in acute care as well as serving in executive leadership within hospice and palliative care organizations. Her love of nursing comes honestly, being the fourth generation nurse leader in her family.

Mr. Austin has more than 25 years of experience in audit, compliance, accounting, finance and operations. He served as a senior manager for EY, formerly Ernst & Young, a “Big Four” accounting firm that is one of the largest multinational professional services firms in the world. During his 13-year tenure at EY, his diverse client base included for-profit and not-for-profit organizations in the health care, government, biotechnology, finance and manufacturing industries. Mr. Austin served as Chief Financial Officer of Medarva Healthcare prior to his current role at Riverside.

Mr. Austin earned a Bachelor of Science in accounting from Radford University. He is a certified public accountant, licensed in Virginia. He is a member of the Healthcare Financial Management Association. During his career, Mr. Austin has been involved with various professional and community organizations, has co-authored articles related to health care and has been a guest lecturer at universities and professional organizations. Mr. Austin is also a veteran of the United States Armed Forces.

He currently serves on the board of directors for Peninsula Fine Arts Center and Smart Beginnings.

Mr. Doucette has a bachelor’s degree in chemistry from the College of William & Mary in Williamsburg, Virginia, and a master’s degree in health administration from the Virginia Commonwealth University in Richmond. He and his wife have two grown children and live in Williamsburg.

Dr. Frazier received a B.A. in chemistry and a Doctor of Medicine degree from the University of Virginia in 1983 and 1987, respectively. He received his family medicine training at the Naval Hospital in Charleston, South Carolina and served in the United States Navy as the senior medical officer of the USS Frank Cable (AS-40) and as a family physician at Naval Hospital, Newport, Rhode Island. He was awarded the Navy Commendation Medal three times during his naval service.

Since joining the faculty of the Riverside Family Medicine Residency Program in 1994, Dr. Frazier has held several positions in the health system, including director of the residency, director of medical informatics, and vice president of clinical innovation. He enjoys the challenge of applying the current medical evidence to the care of our patients by embedding that evidence within the electronic health record. He lives in Williamsburg with his wife, Lisa, and their three sons.

Sally Hartman joined Riverside in 1994 and is a senior vice president for Riverside Health System where she oversees strategy, marketing, payor relations, decision support, and process improvement. Prior to her current role, Sally was focused on directing the system’s human resources efforts and was responsible for the optimization of this function to better serve the organization. This included streamlining and standardizing operations and the deployment of human resources shared services.

Sally holds a bachelor’s degree in marketing from Michigan State University and a Master in Business Administration from Northeastern University. She also holds the Senior Professional in Human Resources certification.

Dr. Ross Younger is currently the senior vice president and chief information officer of Riverside Health System in Newport News, Virginia. Dr. Younger received his training in Otolaryngology – Head and Neck Surgery at Eastern Virginia Medical School. He practiced locally with Ear, Nose, and Throat Physicians and Surgeons, a Riverside Medical Group practice, from 2000 to 2013, then transitioned to a full-time Informatics role with Riverside.

He has served in multiple roles in the health system including Director of Medical Informatics, Associate Chief Medical Information Officer and most recently Vice President/Associate Chief Information Officer and Associate CMIO. In his technology role at Riverside, Dr. Younger has implemented initiatives to improve communication between clinicians and information systems personnel, enhanced processes around implementing and optimizing IT solutions and played a key role in the implementation of Riverside’s electronic health record system.

Dr. Younger received his Bachelor of Science in biomedical and electrical engineering from Duke University, Doctor of Medicine from the University of Virginia, and a Master of Business Administration with a certificate in Health Sector Management from the Fuqua School of Business at Duke University.

Dr. Younger and his family reside in Newport News.

Prior to her relocation from Massachusetts, Ms. Sievers held leadership positions at Dana-Farber Cancer Institute, Beverly Hospital, Lawrence General Hospital and Hallmark Health System (now MelroseWakefield Healthcare System). She was also elected to serve as president of the Massachusetts Coalition to Prevent Medical Error from 2016 through 2018.

Ms. Sievers and her husband, Tony, have three sons.