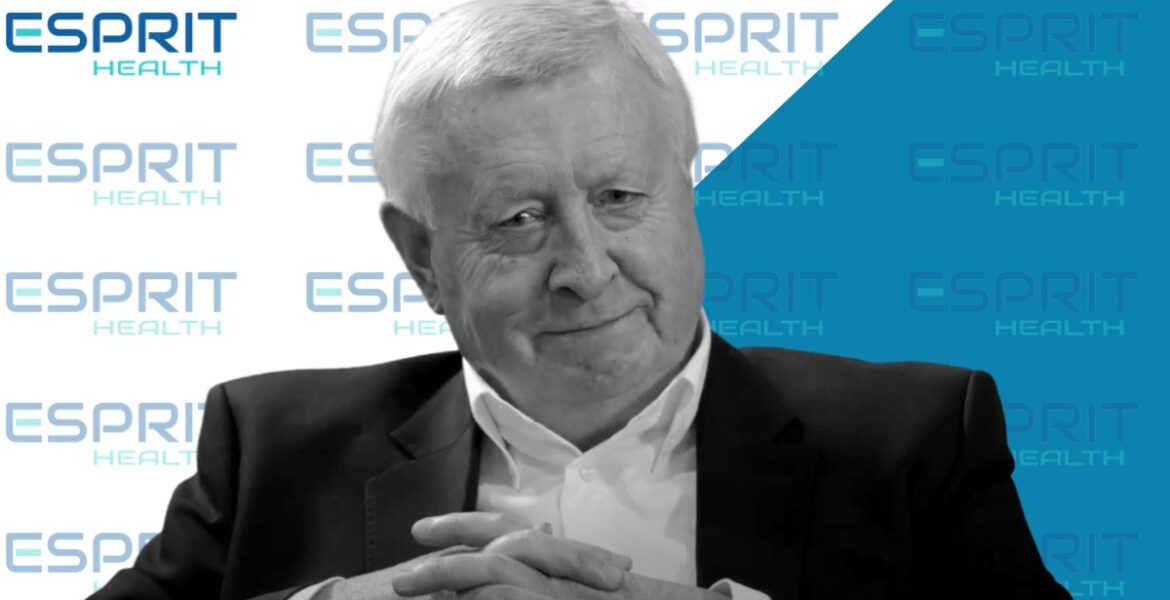 Robert Condon spent a career traveling the world to establish some of the first mobile phone networks. Now he’s leveraging that know-how to create a telemedical infrastructure that can provide high-quality healthcare to underserved rural communities.

As we’ve often said at StartUp Health, you can develop all the health tech in the world, but if people can’t access it, we’re not going to move the needle on health. Today, millions of people still lack access to high-quality healthcare for financial and geographic reasons. Per the World Health Organization (WHO), 40% of its 194 member states have fewer than 10 medical doctors per 10,000 people; some report only having three physicians. These medical professionals show up in rural areas so infrequently as to make it virtually impossible for many to plan for these visits, and in times of emergency gaining access to care means traveling long distances only to then pay exorbitant costs. This makes in-person care not only an unaffordable luxury but a rarity, leaving wellness left to chance and ailments unchecked in vast pockets of the world’s population.

Through smartphones and mobile networks, we have the technology needed to bring high-quality, virtual healthcare services to remote communities. However, there are cultural barriers to care as well. In-person visits are the norm — albeit infrequent and often expensive — and getting entire populations to embrace receiving healthcare through a digital device can be a major hurdle.

How can a startup build the network infrastructures necessary for low-cost, high-quality virtual healthcare while simultaneously changing the culture of healthcare, educating the community, and helping populations acclimate to the tools and workflows of virtual care?

That’s just the question Robert Condon set out to address with Esprit Health.

Robert Condon is a pioneer of the telecom industry. Based in the UK, he spent decades traversing the globe establishing cellular networks and telecom platforms for the military and some of the world’s largest tele-communications companies. Much of that time was spent building the first mobile networks in remote places, which taught him two lasting lessons. The first was the power of bringing digital access to the world. The second was the reality of the inequities that persist in remote and low-income regions.

His experience also taught him that while there could be initial cultural barriers to accepting mobile networks in a region unfamiliar with the technology, once accepted, these communities often experienced a leapfrog effect. Because they often lacked other supportive infrastructure, these under-resourced communities jumped at the opportunity to conduct every possible transaction via their mobile device. Not only could they now communicate with loved ones all over the world, but with a digital wallet as a repository for all forms of information, they could send money to family members, purchase necessities from almost anywhere, and access news and entertainment.

As this concept of a “digital wallet” matured, Condon spotted an exciting opportunity to have a deeper impact on the world. What if he could use his decades of experience in implementing mobile networks and his global professional network to build the infrastructure for affordable digital health in emerging markets? And how could he use a better digital infrastructure to make microinsurance available to all, covering everything from wellness to identity theft to funerals?

The final tipping point was COVID-19. When it swept the globe, the need for accessible, affordable virtual healthcare moved from a benefit to a necessity. The spark for Esprit Health was lit. He formed a team and began building his platform, focusing first in East Africa.

Esprit Health’s mobile platform connects customers to medical, pharmaceutical, and insurance services. They have developed what they call an m-Health or Mobile Health platform to deploy in partnership with mobile network operators to take advantage of their distribution channels. By creating the Digital Health Wallet, Esprit utilizes all aspects of the traditional digital wallet as well as providing a repository for consumers to upload various health documents and manage medical payments. Consumers then make and conduct telemedicine appointments for their physical and mental health needs through their smartphones, and they can even set up time for a local physician to visit them at their home or business should their issue require it. Localization and cultural relevance are key to the business proposition and is a focal point to ensure relevant, appropriate care for Esprit’s customer base.

Just as with other telemedicine services, as soon as a patient downloads the app and accesses it, they are immediately connected to whatever service they need. Esprit Health plans to scale up, however, by utilizing B2B2C distribution. They’ll pull all of the healthcare companies in one country onto the network, then they’ll ramp up their digital marketing to attract customers and funnel them into those medical service providers for consultations.

How they accomplish this role of virtual health intermediary comes down to experience. Robert and his team have faced similar challenges setting up mobile and telecommunication networks and will apply the same framework to digital health. That expertise allows the Esprit team to use repeatable and scalable methods in each new region as they expand.

While the goal is to provide low-cost medical care and microinsurance support to underserved communities, the first target consumers for Esprit will be middle and pre-middle income earners. This will allow for early revenue and the opportunity to scale up quickly to then focus on low-income at-risk populations. Condon already has his eyes set on rolling out his platform in Southeast Asia and Latin America.

Telemedicine isn’t anything new, yet with all of our tech advances virtual care remains a distant reality in many low-income and rural regions. We’re proud to back Robert Condon and his team at Esprit because they’re laser focused on access to care, with an eye towards bringing the best of virtual care to the people who have been left out in the past.

We’re also excited to support Esprit because they’re porting knowledge and experience from the telecommunications industry over to health. A common complaint in healthcare is that it lags a decade behind other industries and hasn’t benefited from the same technological advances and consumer adoption that we’ve seen elsewhere. One way to fix that problem is to bring top minds from outside of health into the fold and rethink the system from the ground up. With his decades of experience building cellular networks around the world and navigating infrastructure and cultural challenges of digital adoption, Condon is the right person for this job.

Finally, we’re proud to link arms with Condon and his team because they have a health moonshot mindset. After years of helping people communicate over mobile networks, Condon has made it his mission to do something ever greater: use technology to save lives. He’s not just building a business, he’s building a legacy. It’s the culmination of his life’s work, and it’s the most important thing he’s ever done. That’s the kind of passion and dedication necessary to improve the health and wellbeing of everyone on the planet.

We are proud to welcome Esprit Health to the StartUp Health portfolio and look forward to what the future holds.